Expect Eagles LT Jason Peters to be back in 2016 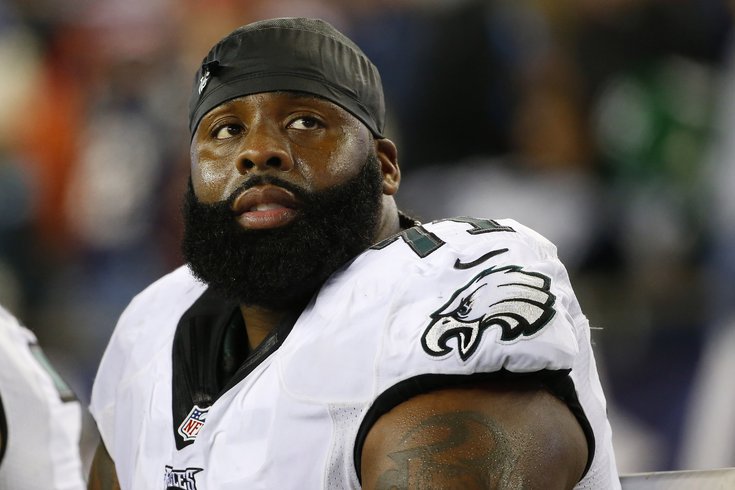 "Jason, make a pose like you're looking ahead to your future, while also pondering your past. Perfect."

MOBILE, Ala. -- While the Eagles' brass has offered only lukewarm endorsements of quarterback Sam Bradford, head coach Doug Pederson was emphatic that he wants Jason Peters back in 2016.

"I think JP’s got several good years left in him," said Pederson. "I think that he does the right things in the offseason to get himself ready to go for another year. I’m really looking forward to visiting him, talking with him, seeing where he’s at, and then motivating him further for the future."

Asked more bluntly if he wanted Peters back, Pederson said, “I would, yes.”

The Eagles are already likely to try to upgrade both guard spots this offseason, and moving on from Peters would open up a third hole along the offensive line. However, on the premise that the Eagles are not likely to be contenders next season, we wondered early in December if the Eagles might be better served to try to trade Peters for a draft pick.

LT Jason Peters: Peters turns 34 in January and is currently the third-oldest offensive lineman in the NFL. While Peters has had a tremendous career and is a borderline Hall of Fame talent, his career is clearly in decline and he has experienced multiple injuries of the "nagging" variety this season. In 2016, he'll count for $9,300,000, of which the Eagles can save $6,300,000 by releasing or trading him. If the Eagles are realistic about their Super Bowl aspirations next season (they shouldn't have any), they could try to find a trade partner that is a legitimate contender in need of a tackle. They wouldn't get a ton for him, but with a large number of holes to fill, every lottery ticket counts.

It would appear the Eagles don't share that view.