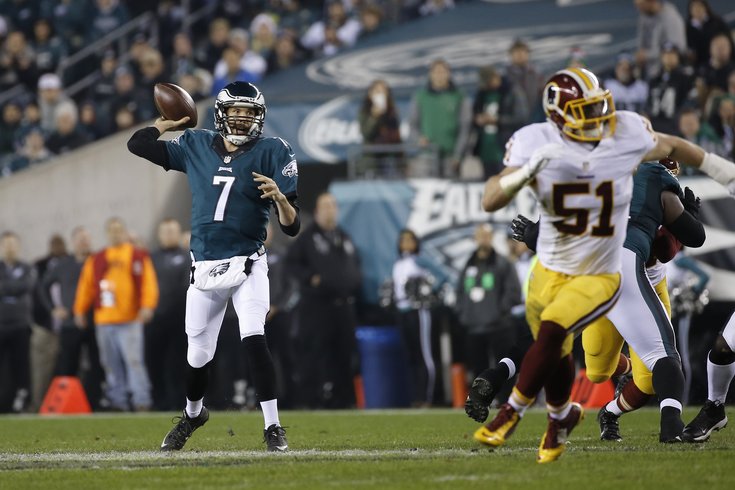 MOBILE, Ala. -- Whenever the subject of Sam Bradford has come up with Eagles decision makers, the answers have continued to follow a pattern. They've noted that Bradford got better as the season progressed, but they still have to go through their evaluations.

"He’s a very talented guy who obviously finished the season strong," said Roseman. "Obviously, we hear from his teammates as we met with them that they liked him as well. That all kind of factors into it."

“…but it’s still early in the offseason, so we have a lot of decisions to make, and that’ll be part of the process.”

As a reminder, Sam Bradford was a Chip Kelly acquisition. Interestingly, while answering a question about Zach Ertz's contract extension earlier this week, Roseman specifically pointed out that the team values players "drafted by the Philadelphia Eagles."

Emphasis in italics below are mine:

"It’s an important message to your team that if you play really well and do you’re the right things, and that you’re drafted by the Philadelphia Eagles, you have a chance to stay for a long time," said Roseman.

"When you draft and develop players on and off the field, you want people who come up in your system, who come up through your process, and understand what it’s like to play in our city in front of our great fans, and then they’re rewarded for production for doing that," he explained. "When you look at the successful teams in the league, they’re drafting and developing theirs, and then they’re keeping them."

As a second reminder, Sam Bradford was not drafted by the Philadelphia Eagles.

"Obviously, quarterback is the most important position on the field, and it would be disingenuous to say anything else," said Roseman. "But at the same time you just have to evaluate players on your team, evaluate the players that are in the draft, evaluate the free agent market, and then start making decisions."

It's looking more and more like Sleevie Wonder is going to be a part time lover.