An expecting mother and the Zika virus 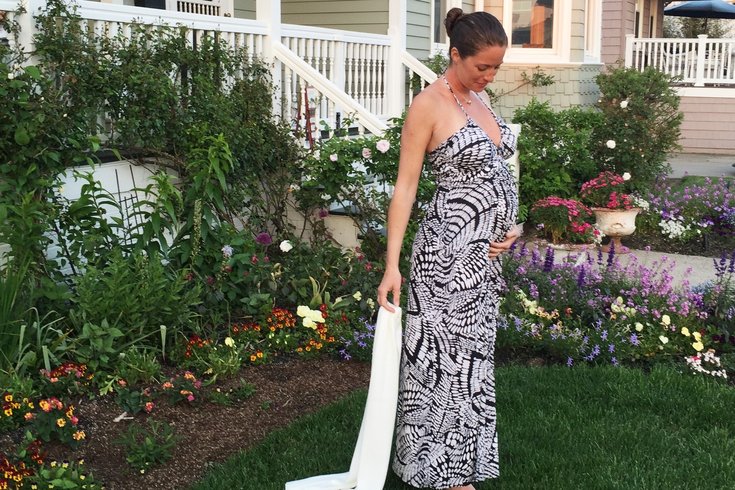 Katie Gagnon believes the best prevention for the Zika Virus is education and precaution.

When I found out that I was pregnant, one of the first questions I asked my obstetrician was how concerned I should be about the Zika virus. Because there has been a lot of media coverage about the virus, mainly focusing on expecting mothers and birth defects in their children.

I imagined spending the spring and summer indoors, venturing outside in a giant mosquito net to scour my yard looking for standing water to remedy. It seemed like every other news story was a warning to pregnant women about Zika. As a neurotic first-time expecting mother, I was really scared and needed to learn how to protect my baby.

The Centers for Disease Control and Prevention is a great source of information about the Zika virus and has provided a lot of education to me throughout my pregnancy. According to the CDC, Zika is usually spread by the bite of an infected Aedes species mosquito. Though these mosquitoes are found in some areas of the United States, the virus is not currently being transmitted by them here. There have been no locally acquired mosquito-borne cases reported in the United States.

The birth defect in babies that is caused by an expecting mother contracting the Zika virus is microcephaly, a condition I was totally unfamiliar with before I became pregnant. I have learned that microcephaly is a condition where a baby’s head is much smaller than expected because the baby’s brain has not developed properly during pregnancy.

It has been heartbreaking for me to see the stories about mothers unaware that they had Zika during pregnancy, now caring for their infants born with microcephaly. There are a number of severe problems a child with microcephaly will face during his life and there is no known cure.

The idea of a birth defect in my baby is tremendously scary for me so almost every time I see my doctor I ask about Zika. The advice I receive time after time is that there are currently no mosquitos spreading the virus in the continental United States. Be that as it may, my obstetricians recommend that I apply to my clothing an insect repellent containing DEET when I am outdoors to thoroughly protect myself and provide peace of mind.

They tell me not to travel to any area with Zika mosquito transmission. And I’m usually asked if my husband has or is planning to visit an area affected by the virus because Zika can be spread through sex. I also keep an eye on the Zika virus updates and advice provided by What to Expect When You’re Expecting , which has been a reliable source of information for me throughout my pregnancy. 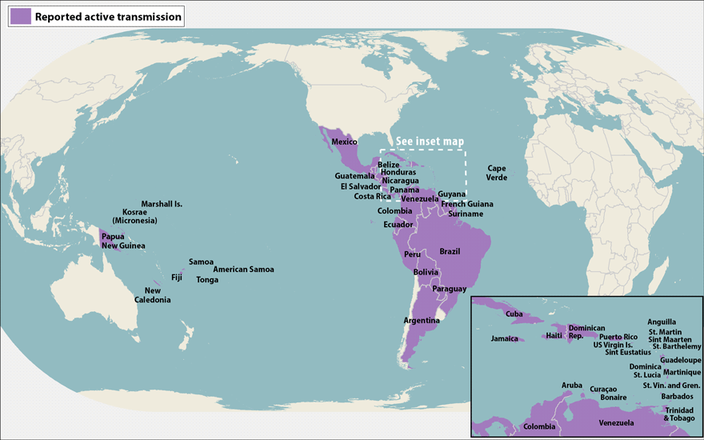 The mosquitos spreading the Zika virus are currently in Central America, South America, the Caribbean Islands, some Pacific Islands and Africa , according to the CDC. I know women who are pregnant or may become pregnant who have canceled plans to travel because of Zika concerns. Whether refusing a work trip to Mexico, declining an invitation to a wedding in the Caribbean or deciding not to travel to Key West for a bachelorette party, I applaud these women for making the choice to protect their children.

I respect athletes like Rory McIlroy for making the tough decision not to attend the 2016 Summer Olympics in Brazil, a country plagued by Zika, and I admire him for putting his family first. Before a trip to Ireland this June, I thoroughly researched to confirm that Zika is not being transmitted by mosquitos there. If it was, my husband and I would not have gone. Canceling a trip is a small sacrifice to ensure our child will not have a birth defect that will affect his entire life.

I assumed I would spend this summer fearing mosquitos and staying indoors, which was a tough prospect for someone like me who loves to be outside. But I would have lived in a fallout shelter for my entire pregnancy to protect my baby because his health and safety are paramount.

Thankfully, I currently do not have to worry about mosquitos transmitting the virus in New Jersey, where I live and play. However, it is prudent to be prepared because many experts believe that the United States, especially Florida, will be home to infected Aedes species mosquitos as soon as this summer.

Whether you are pregnant or planning to start a family, if you or your partner has traveled to an area affected by Zika, are a caregiver or work in a lab, I recommend that you speak with your doctor and frequent the CDC website for information and updates regarding the Zika virus. I believe that the best prevention is education and precaution.