Fairmount Park to be mapped out on Google Street View

Led by PPR and Fairmount Park Conservancy, program will be first of its kind in U.S. 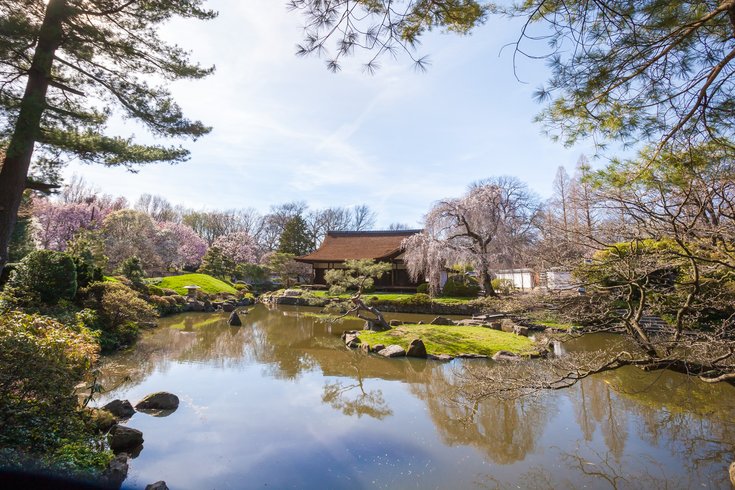 The Shofuso Japanese House and Garden in West Fairmount Park.

Philadelphia's sprawling Fairmount Park, an interconnected system spanning 6.4 square miles and 4,100 acres, will become the first major urban park in the United States to be thoroughly mapped and made navigable online by Google Street View.

The initiative, a partnership between the Fairmount Park Conservancy and Parks & Recreation, officially launches Monday and will kick off a nationwide plan to digitalize the off-road wonders found in America's parks, according to Hidden City Philadelphia.

PPR and FPC will borrow one of Google’s Trekker backpacks, a 50-pound pack fitted with a 15-lens camera system, to record over 200 miles of trails and other points of interest within and around Fairmount Park. High-resolution images will be collected from now until the end of October.

Once the hi-resolution images have been collected over the next several months, they will be sent to Google and processed to create a seamless 360-degree platform that will enable prospective park visitors to plan out their trips in advance (and avoid those spots where the occasional black bear decides to pay a visit of its own).

“What this technology and opportunity provides is an enhanced way for visitors to connect with these special places in the U.S. in a way they may never have before," the Fairmount Park Conservancy said in a release. "Google expects many people may never get to explore this place in person, so they are so happy to open it up for the world to enjoy."

As SpareFoot illustrated back in January, there's tons to see in one fell swoop at Fairmount Park, which uniquely stands out as an uninterrupted expanse of urban park land. A series of maps show just how massive this territory is when overlaid on top of places like Baltimore, Central Park in New York City and even the width of the Amazon River.

"Fairmount Park is Philadelphia's emerald, and I wanted to show how incredibly fortunate Philadelphians are to have such a massive expanse of green space within their urban area," SpareFoot's Brian Shreckengast told us at the time.

The Google Street Trekker program will debut Monday at 1 p.m. at Belmont Plateau, Cross Country Trail Head at 4201 Montgomery Drive. Representatives from Philadelphia Parks & Recreation, joined by other program participants, will provide a demonstration of the backpack's technology for those in attendance.