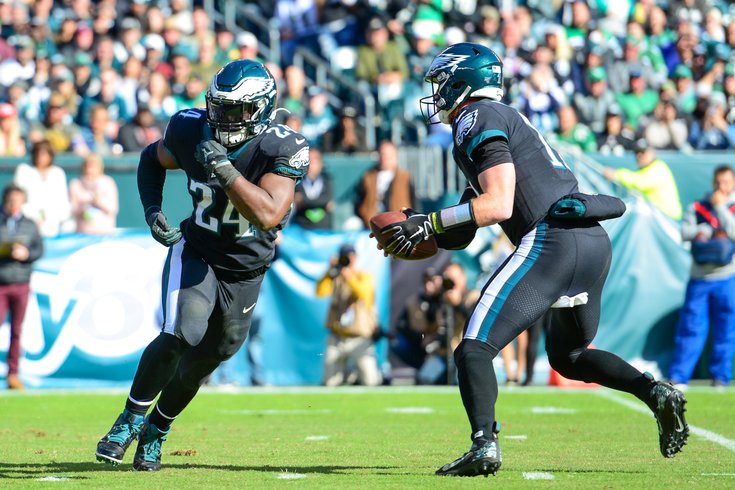 With the meat of NFL's Week 11 nearing, we've compiled a list of the latest news for a bevy of injured fantasy football players.

At the bottom, we are noting players of significance who have already been ruled out for Sunday (or Monday) while we try and provide a little guidance on the players currently listed as questionable or doubtful.

Fuller, DeShaun Watson's second favorite target, is still working his way back from a hamstring injury that forced him to miss some time. He is listed as questionable and could be a game-time decision, which means if he is on your roster you'll need to pay close attention pregame.

The rookie Montgomery has been Chicago's leading rusher this season, but due to a borderline ankle injury his status won't be secured until gameday Sunday. His fantasy owners surely will need a backup plan and to play close attention when inactives are officially announced 90 minutes before kickoff.

Howard's struggles (which seemingly came out of nowhere) were documented by PhillyVoice yesterday, as the team was obviously worried enough about Howard's shoulder that they signed Jay Ajayi off the street. Howard is still listed as questionable, but his status doesn't look good heading into the Patriots game Sunday.

This duo is currently listed as questionable heading into Sunday's Texans game. Moore is dealing with a thumb injury and Brown with an ankle. In an offense that favors right ends, Willie Snead may be a startable option if Baltimore is down a couple WRs.

Johnson was the trendy pick up a few weeks ago when Kerryon Johnson was knocked out for the season, but Ty left last week with a concussion and is still day-to-day heading into Week 11. J.D. McKissic will handle the load if Johnson isn't active.

Both of the Rams top tight end options are listed as questionable heading into Sunday night's tilt against Chicago. Due to the timing of the game, it seems unwise to be hoping for either to see action. If Everett's wrist or Higbee's knee forces them to miss Week 11, it'll be hard to find a roster replacement after all the afternoon games have been played.

The majority of the Niners fantasy relevant players are listed as injured this week after they were beat up pretty good in their loss to Seattle on Monday. Sanders (ribs) says he will try to play while Pettis (groin) and Mostert (knee) are each listed as questionable on the injury report. Brieda (ankle) and Kittle (knee) are doubtful. Long story short, have back up plans for all of these guys if they're on your roster.

Thomas has gained some fantasy steam of late, but there are caution flags for those hoping to play him in Week 11 as he's been limited in practice all week with knee/hamstring issues.