Fantasy football: As NFL QB carousel spins, whose stock is up and whose is down? 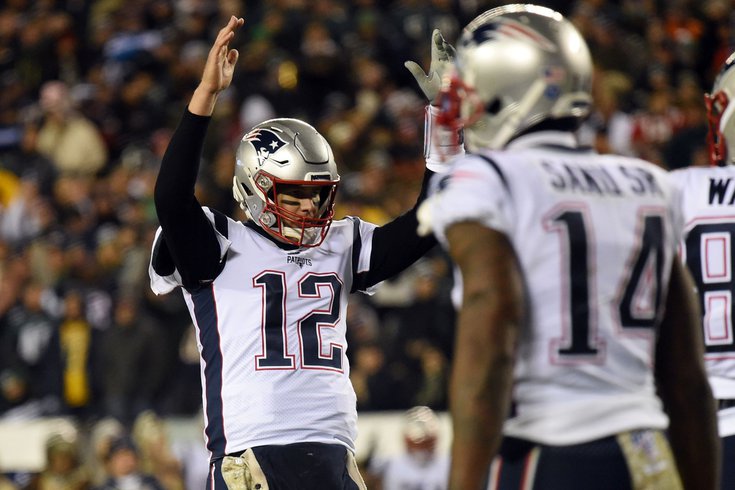 Tom Brady has a new team. Will he have better fantasy stats now?

If you are one of the people whose first thought upon hearing that Tom Brady went to Tampa was about how it'll affect his fantasy football value, congratulations, you're not alone.

We had the same thought, and even though we are months from fantasy football drafts or even prep work for said draft, there is no reason why we can't take a few minutes to ponder just what happened over the last two weeks, and how it'll impact six entire team's offenses in 2020.

Here's a brief look at which new team QBs will be better, and worse, with new uniforms on next season:

This year: If Brady gets protection from the Bucs' unproven offensive line, he could have a fantasy season to remember. He'll have one of the best receiving combos in football at his disposal, a pairing in Evans and Godwin that combined for over 2,400 yards receiving and 15 touchdown catches last season (with the erratic Jameis Winston). Whether or not Brady can unleash the deep ball at age 42 will be very interesting to watch. He will also have two reliable safety valve tight ends in Howard and Brate, a personnel set up he is quite comfortable with dating back to the Gronk (and Hernandez) days.

His new head coach Bruce Arians — his first new head coach ever — is an NFL lifer and one likely familiar with Brady's strengths and weaknesses. However, the NFC South will be a lot tougher than recent AFC East divisions, and it'll be interesting to see how he performs with a much tougher schedule. Still, his draft stock is up.

This year: Bridgewater played magnificently filling in for Drew Brees last year and certainly showed he deserves a chance at a starting role in 2020. He will fit into sort of a low pressure QB job in Carolina, with Christian McCaffery a workhorse in both the run and pass game. He has speed at wide receiver which will help him as he uses his legs to extend plays.

Bridgewater will fit in nicely with new head coach Matt Rhule, who is used to having mobile quarterbacks. Because of McCaffery, Bridgewater maybe worth a pick as a backup QB on your team this year as a wait and see guy who can score in a multitude of ways.

*in parts of four games

This year: It's hard to say whether Foles is trending up, as the potential starting job battle with Gardner Minshew in Jacksonville is now out of the picture — but Foles will compete with disappointing former high draft pick Mitch Trubisky. Does he have the inside track to be QB1, or will he start the year as a backup?

Foles is always worth keeping an eye on, but he is not a draft-able quarterback right now — and even if he gets the starting gig he'd probably be somewhere in the mid 20s as far as QB ranking.

This year: Was Rivers' move from LA to Indy a lateral move? His weapons with the Chargers were arguably a bit better, but a healthy T.Y. Hilton is still as good as it gets for a quarterback. A new scheme with the Colts will place Rivers under the command of former quarterback Frank Reich, who has had quite the start to his head coaching tenure trying to figure out how to run the Colts in the wake of Andrew Luck's surprise retirement last year.

The Colts should for sure be better with Rivers, but if we had to predict if his numbers would improve, it's really hard to say. Still, he's worth picking up somewhere in the second tier of QBs in your draft.

Last year: Did not play, was Tom Brady's back up

This year: This will be short and sweet. We have no idea if Stidham is starting in New England. We assume, whoever Bill Belichick starts at quarterback will be decent, and perhaps worth having in a backup spot on your fantasy squad, but it's too early to tell right now.

This year: If Taylor is going to succeed as a starting quarterback in the NFL, this is his best shot. The combination of his weapons, including the reliable Allen, with his ability to use his legs could make him a fantasy sleeper pick.

Taylor has not started in the NFL since 2017 in Buffalo, where he shows flashes of greatness on a team lacking talent at the skill positions. At 30, does Taylor still have the playmaking ability? There is a chance he winds up a "good stats, bad team" kind of QB, like Rivers was for so many years in LA. Keep an eye on Taylor as a potential injury replacement or backup draft pick.