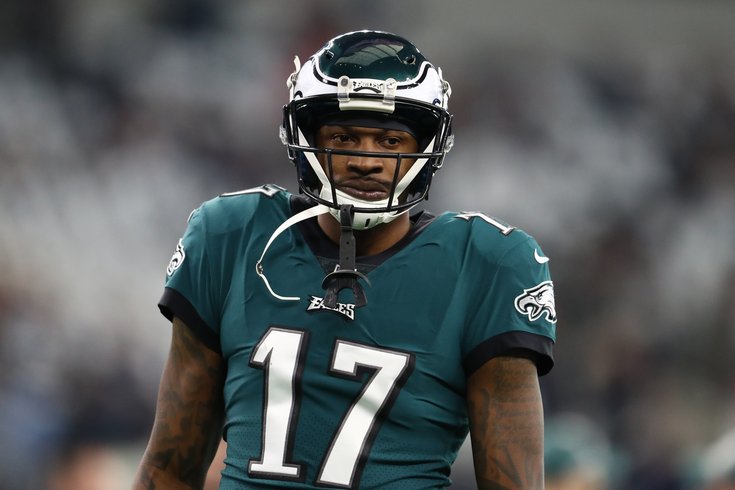 With so many players with injury concerns dotting fantasy football rosters, it's becoming pivotal that team owners pull the right levers each week when choosing who to sit and start.

As we do every week, we take a look at one player at each position we recommend starting or sitting in Week 6.

(Keep in mind, we are not including any obvious picks, like Christian McCaffrey, Patrick Mahomes and others, only players who could make for tough decisions on your roster.)

The Falcons, Murray's Week 6 opponent, have the second worst fantasy defense against quarterbacks. After a breakthrough game last week in which he scored 25 points, Murray is becoming a match up dependent QB1 option as the season goes on. Atlanta has allowed a pair of rushing touchdowns to QBs. Murray may be in for a big day.

Winston has paid off as a streaming option for some fantasy owners, but he's been very unreliable and inconsistent. In Week 6 Tampa will face the Panthers across the pond, a team fourth in passing defense. If you have the option to start someone else with a better match up, do it.

Those stuck with Drake on their fantasy roster (or pretty much any Miami skill player) know he's been nowhere to be found lately but if he's ever going to contribute, it's this week against the dreadfully bad Redskins. Washington's defense has allowed 160.4 scrimmage yards and the seventh-most fantasy points against RB this season.

Hillman? Why would anyone start the Giants' third string running back against the Patriots? Well, with Saquan Barkley eying a Week 7 return and Wayne Gallman — his back up — out with a concussion, New York has to hand it off to someone. Desperate fantasy owners have made bids for Hillman (or for Elijah Perry) over the last few days, and we get it, if you are in that bad of shape you're probably starting him. But the match up against the Patriots is not a good one for running backs and starting Hillman should be avoided if possible.

Chark has eclipsed his fantasy projection in four of five games this year — scoring five touchdowns in those four contests respectively. He's also averaging more than seven targets per game under the direction of rookie standout QB Gardner Minshew. In Week 6, Chark will have the Saints defense to contend with, a unit that has been very malleable to good passing attacks this season. Chark should definitely be in your line up this week.

The absence of DeSean Jackson (out until at least next week with an abdomen strain), has trickled down to effect the Eagles' wide receivers — all of whom have performed inconsistently without the deep threat over the top. Jeffery has a tough Week 6 battle ahead against Xavier Rhodes. Keep Jeffery benched if you have the option.

Olsen has been fully unreliable this season but in Week 6 —early Sunday morning in London — the Panthers face the Bucs who happen to have the second worst defense against tight ends in football. We're willing to give Olsen one last shot and he should get it this week.

After a breakout opening game, the rookie TE has averaged just 4.8 points per game since. He also will face a Packers defense that has been stout against tight ends and has allowed just one touchdown to the position this season. The pickin's at TE are often slim, but if you have another option you probably should go with it.