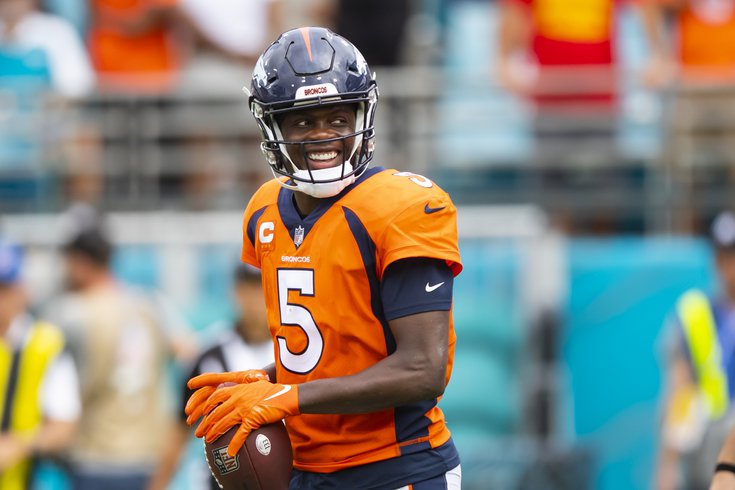 Teddy Bridgewater against the Jets? Lock it in.

Whatever your reasons for needing reinforcements, there are still some good players to be had from the free agent pool this week. Here's a look at one (or three) players at each position we recommend targeting on waivers if your team has a need:

The Broncos are 2-0 and on the way to getting to 3-0 with the Jets on the schedule in Denver's home opener this coming Sunday. If for whatever reason you are in the market for a starting quarterback, don't overthink it. Bridgewater has thrown for 592 yards and four touchdowns in his first two games this fall with no turnovers. He has a pretty high floor if you need to replace an injured QB for a week or two.

Fantasy owners who are frustrated with Mike Davis' lack of production as Atlanta's starting RB are no doubt trying to figure out what to do. The answer may be to pick up Patterson, who is available in 84% of Yahoo leagues. Patterson is the team's passing down running back, and with the Falcons trailing almost every snap so far this year, they haven't had much for Mike Davis to do on the ground. Instead, it's Patterson who is putting up numbers — he has 71 receiving yards on seven targets in addition to 14 total carries this year. He's a FLEX play if you need it.

The Lions offense has been a pleasant surprise so far this year — despite their shootout loss to the Packers Monday night — and Cephus has emerged as a favorite target for Jared Goff. He's caught a touchdown pass in each of the first two weeks and has had 13 targets — leading to seven receptions. He should continue to see the ball come his way with very few appealing wide receiver options around him.

It seems like year in and year out, Cook is a waivers pick up at tight end and year in and year out, he is hit or miss. The 2021 season is no different, but with 13 targets through two games Cook is getting the volume to be a streaming option, and with a touchdown could give you double digit points against the Chiefs malleable defense this week.

Defense to stream: Panthers (vs Texans)

Yes, the Texans have been a potent offense to start the year but with Tyrod Taylor out for at least this Thursday night game, they could be lacking in offensive production under Davis Mills. The Panthers defense has been extremely solid to start the year anyway, tallying 10 sacks and three interceptions. Grab them on waivers this week.