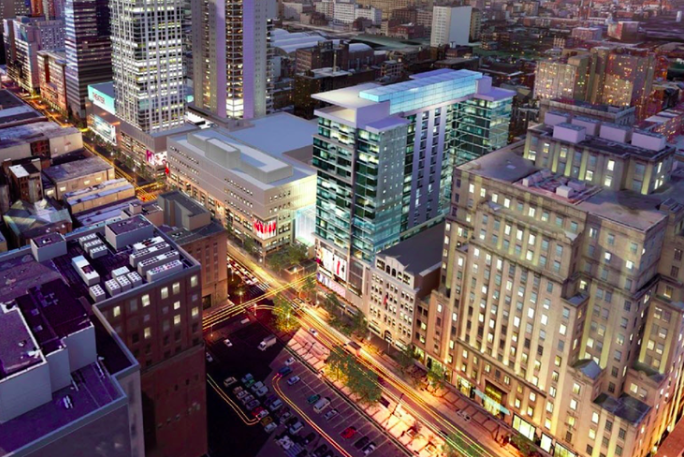 Fashion District Philadelphia will hold a job fair on August 20, 2019 from 10 a.m. to 2 p.m. at PA CareerLink's Suburban Station location. The event requires registration and applicants must bring copies of their resume.

With just over a month to go before the long-awaited opening of Fashion District Philadelphia, the new urban mall is holding a job fair next week for retail positions.

The Aug. 20 event will be held in conjunction with PA CareerLink, which will host the event at their Suburban Station location from 10 a.m. to 2 p.m.

The new mall at the site of the former Gallery, redeveloped by PREIT and Macerich, will bring more than 1,000 new jobs to Philadelphia. Retail tenants will be in attendance at the job fair in Center City.

Registration is required to receive a specific time slot to attend the job fair and can be done at Fashion District Philadelphia's Eventbrite page. Applicants must bring 10-20 copies of their resume.

A list of retailers who will be hiring was revealed last month to round out the project's roster of stores.

It was announced earlier this year that four local Philadelphia businesses – American Hats LLC, Dolly's Boutique, Duafe x the Sable Collective and South Fellini – also will have storefronts at the Fashion District.

These stores will join Burlington and Century 21, which are currently open.

Wonderspaces is an immersive art experience coming to the Fashion District this winter. Tickets for the first Philadelphia show, "Point of View," will go on sale in September.

In November, AMC Theatres and Round One with bowling, karaoke and gaming, is expected to open.

Those interested in attending the Aug. 20 job fair should register here.