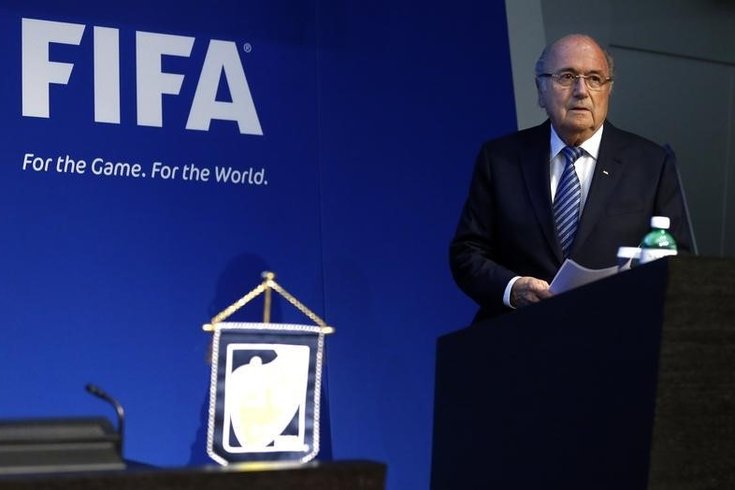 The FBI's investigation of alleged corruption at FIFA includes scrutiny of how soccer's governing body awarded the 2018 World Cup to Russia and the 2022 competition to Qatar, a U.S. law enforcement official said.

The review would be part of a probe that goes beyond the allegations of bribery in a U.S. indictment of FIFA officials announced a week ago, the official, who spoke on condition of anonymity, told Reuters.

U.S. authorities said at the time they were investigating a $150 million bribery case while Swiss prosecutors announced their own criminal inquiry into the 2018 and 2022 bids.

Russia and Qatar have denied wrongdoing in the conduct of their bids. In the case of Qatar, there was some surprise that the tournament was awarded to a small desert country with no real soccer tradition and where daytime summer temperatures can top 40 degrees Celsius (104F).

Qatar's Foreign Minister Khaled al-Attiyah said there was no way Qatar would be stripped of its right to host the cup because it had had the best bid.

"It is very difficult for some to digest that an Arab Islamic country has this tournament, as if this right can't be for an Arab state," he told Reuters in an interview in Paris. "I believe it is because of prejudice and racism that we have this bashing campaign against Qatar."

For its part, Russia dismissed concerns it might lose the right to host the cup. "Cooperation with FIFA is going on and, most importantly, Russia is continuing preparations for the 2018 World Cup," President Vladimir Putin's spokesman, Dmitry Peskov, said.

Among issues the FBI is examining is the stewardship of FIFA by its longtime president Sepp Blatter, who unexpectedly announced on Tuesday he was resigning shortly before it emerged that he too was under investigation by U.S. law enforcement.

U.S. authorities said last week that their investigation would continue.

Attorney General Loretta Lynch said when she announced the indictments that the Department of Justice looked forward to continuing to work with other countries, while the case prosecutor Kelly Currie said the indictment was not the final chapter in their investigation.

A source close to FIFA said it was Blatter's advisers who had told him he must quit. Critics pointed to the widening criminal probe, disquiet among sponsors, and pressure from European soccer body UEFA as possible reasons.

Interpol issued wanted person alerts for Jack Warner, a former president of CONCACAF, which governs soccer in North and Central America and the Caribbean, and Nicolas Leoz, the ex-head of South America's soccer federation.

The others subject to the "red notices" - which are not arrest warrants - are Alejandro Burzaco, Hugo and Mariano Jinkis, and Jose Margulies, a Brazilian who headed two companies involved in broadcasting soccer matches.

They are among FIFA officials and sports media and promotion executives named in the U.S. indictment. http://www.interpol.int

FIFA has denied that another senior official, Secretary General Jerome Valcke, was involved in a $10 million payment approved by the South African Football Association that lies at the heart of the U.S. investigation.

At a news conference in Johannesburg, sports minister Fikile Mbalula confirmed the payment to Warner during South Africa's successful bid for the 2010 World Cup but denied it was a bribe. Mbalula said the cash was intended for football development in the Caribbean, Warner's home region.

Valcke said on Wednesday he was not guilty of corrupt practice relating to the payment and he saw no reason to resign.

U.S. legal authorities announced last week they are investigating alleged bribery and corruption at FIFA going back 24 years at the same time as Swiss prosecutors revealed their probe into the award of the next two World Cups.

Blatter announced his decision to step down on Tuesday - six days after police raided a hotel in Zurich and arrested several FIFA officials, and four days after he was re-elected to a fifth term as president.

Blatter has not been charged and FIFA did not respond to a request for comment on his being under investigation.

An election to choose a new president will probably not take place until at least December. Blatter, meanwhile, remains in his position.

Jordan's Prince Ali Bin Al Hussein, who withdrew from last week's presidential election after winning 73 votes to Blatter's 133 in the first round, stopped short of confirming he would run again. Asked if there should be a fresh start at FIFA, he told Britain's Channel 4 News: "I'm willing to help."