Signs suggest Pennsylvania will be 'tipping point' in 2016 election 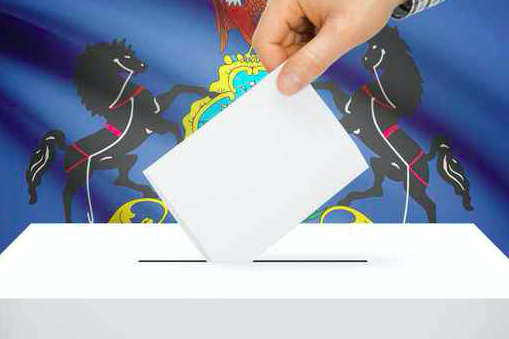 A little more than two months ago, the best word 421 Pennsylvania voters could find to describe the 2016 presidential race was, sadly, "ridiculous," followed closely by "joke" and "disgusting."

Whether or not Pennsylvanians like what they see, their ballots could end up deciding the election on Nov. 8.

Writing for FiveThirtyEight, the Cook Political Report's David Wasserman argues that the changing face of politics in Pennsylvania will likely make it the most important battleground state in 2016.

"I arrived at this conclusion by calculating each state’s 'six-cycle trend' — a measure of how much more Democratic or Republican-leaning each state has trended relative to the nation as a whole since 1992," Wasserman explains.

While we typically identify Florida, Ohio, Michigan, and North Carolina as the most significant swing states in the country, Pennsylvania's trend toward Republican voters could potentially make it the most likely state to shift to the GOP. In every election since 1992, Pennsylvania has gone to a Democratic candidate, but a projection of trends from the 2012 contest suggest that the blue advantage will dip to 52.3 percent in 2016.

After Florida (50.6 percent) and Ohio (51.9 percent), that makes Pennsylvania the next most winnable state for the GOP.

Most of the Republican party's gains have come in Western Pennsylvania, where union Democrats in steel towns have increasingly given way to those uplifted by the state's natural gas boom, a divisive political issue in its own right. The red trend has been offset largely by Philadelphia and its surrounding suburbs, which have voted between 60 and 65 percent Democrat in each presidential election since 1992.

Still, Donald Trump faces an uphill battle in Pennsylvania, where an Electoral Vote scorecard from the Cook Political Report found his divisive candidacy drives voters to the left. His best assets are Pennsylvania's sixth oldest population in the country and 83 percent non-Hispanic white voters.

In terms of overall perception, Trump's friction with more traditional Republican leaders, nationally and in Pennsylvania, could increasingly become an obstacle for him among moderate voters in several states as he's compelled to reveal the specifics of his policies in debates and public appearances.

In April, Trump's campaign team claimed, in the context of his race against Ted Cruz, that he had been "projecting an image" for the purpose of keeping the momentum his stage presence wins him.

That may be his only recourse in Pennsylvania, where MSNBC's "Hardball" host Chris Matthews suggested Trump will have to tailor his strategy toward courting "Reagan Democrats," who are no longer the same bloc they were in the 1980s.

In a Quinnipiac poll released last week, both Hillary Clinton (43-42 percent) and Bernie Sanders (47-41 percent) are projected to defeat Trump in Pennsylvania.

That explains why Trump has ramped up political operations in Pennsylvania and more than a dozen other states.

"If Clinton wants to keep him out of the White House," Wasserman writes, assuming Sanders falls out of the race, "she may need to build a Pennsylvania firewall."