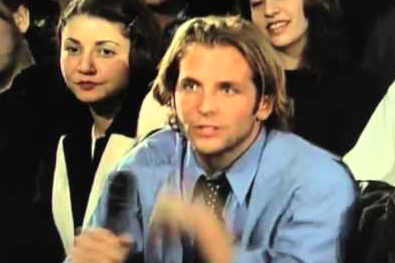 If you're at all familiar with the career path of Louis C.K., you know that the comedian and HBO star struggled for a long, long time before he wound up writing for David Letterman, Chris Rock, Conan O' Brien and "Saturday Night Live."

Louie's background is probably best explained by the man himself during his appearance on old friend Marc Maron's "WTF" podcast, but one of the conclusions the comedian reached from his own experience is that the goal of fame and celebrity is basically dead on arrival for almost everyone on Earth.

That's what C.K. had to say several years ago during an interview with BBC6 radio's Stephen Merchant. They were discussing "Inside the Actors Studio" and C.K., always ruthlessly honest, shared his view on the likelihood of major success in show business.

"You know when an actor stands up ... and asks Sean Penn or whoever, 'What can I do to reach your level?'" C.K. said. "You just want to say, 'That's it. You never will be famous. You'll never be famous!"

The thing is, someone actually did ask Sean Penn a question on "Inside the Actors Studio" and went on to become incredibly famous. That person was Jenkintown native Bradley Cooper, who appeared on the show in 1999 to ask Penn about his lesser-known role in 1998's "Hurlyburly."

The mash-up video below has been around for a few years, but yesterday marked the 18th anniversary of Cooper's appearance, so it's worth remembering that Louis C.K.'s cynicism is only 99.9 percent accurate. What little probability does exist is much better represented by people like Louis C.K. than guys like Bradley Cooper who have the look down (h/t Decider).

Also, for what it's worth, Cooper got the last laugh during C.K.'s glum cameo in "American Hustle."