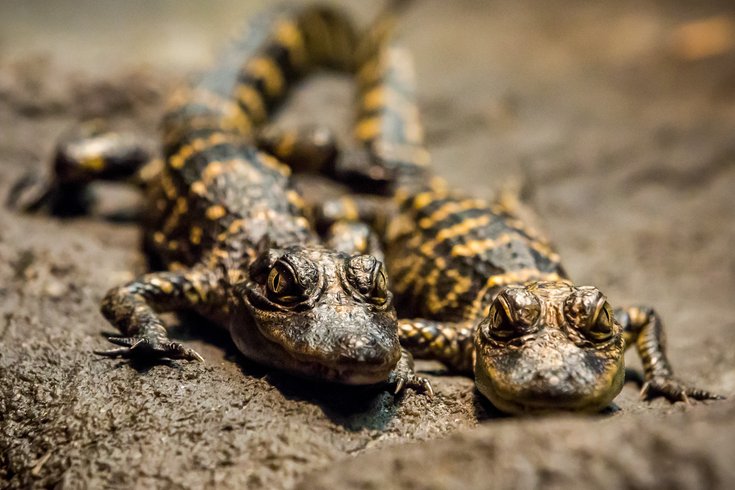 Two American alligators on display in the new Crocs exhibit opening Feb. 3 at the Academy of Natural Sciences.

A crocodile was seen recently in the bay of Key Largo, Fla. This wasn't your typical croc – this was what seemed to be a vacationing reptile. It was floating on a yellow pool noodle, chilling, almost as in trying-to-find-inner-peace chilling.

Victor Perez took the photo and posted it to Instagram. He commented to FOX 13, “We see crocs from time to time in our canal, but never ever one on a noodle.” Perez adds, ”He could have been from up north on vacation, just chilling.”

The American crocodile can be found throughout Florida, and while crocs aren’t as common in Philadelphia, there was a croc spotted in Schuylkill in 2016. It almost affected the largest regatta in Philly, the Schuylkill Regatta, but even though the gossip sent everyone into high alert, the croc wasn’t even 3 ft. long, so there was no need for concern. The only crocs in Philly to be seen these days are at the Philadelphia Zoo.

This croc living it up in Key Largo has probably seen it all. Considering the Florida Everglades is the only place in the world where crocodiles and alligators live together, maybe it just needs a minute to collect its thoughts in the bay, alone, without those annoying alligators trying to pester it. Can you imagine having to say “see you later alligator" every time you cross an alligator?

We can only hope it finds the peace it needs. Namasté, croc.