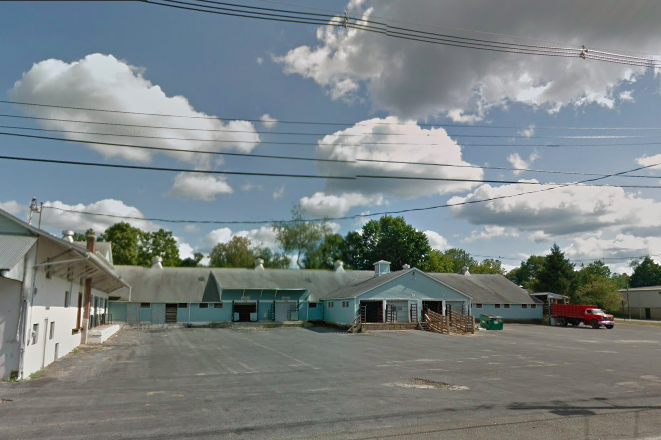 So wrote George Orwell, who would be proud of the rebellion that took place in Hackettstown, N.J. on Wednesday night.

Authorities said some 75 goats and sheep broke free from a livestock auction at 225 West Stiger St. The animals seem to have escaped through an unsecured gate that was mysteriously "pushed open" — possibly by a pig named Snowball (not really).

Officials said good samaritans and police worked together to herd about 50 to 60 of the animals back into the pen, which was resecured with a piece of rope.

Additional photos of the escape were captured by WRNJ in northwest New Jersey.

Police didn't say anything concerning the whereabouts of the remaining animals, who are likely bound for the utopian Highland Airs Alpaca Ranch, where liberty is worth more than just ribbons.