What to expect at the 2016 Philadelphia Flower Show

The show will run from Saturday, March 5 through Sunday, March 13 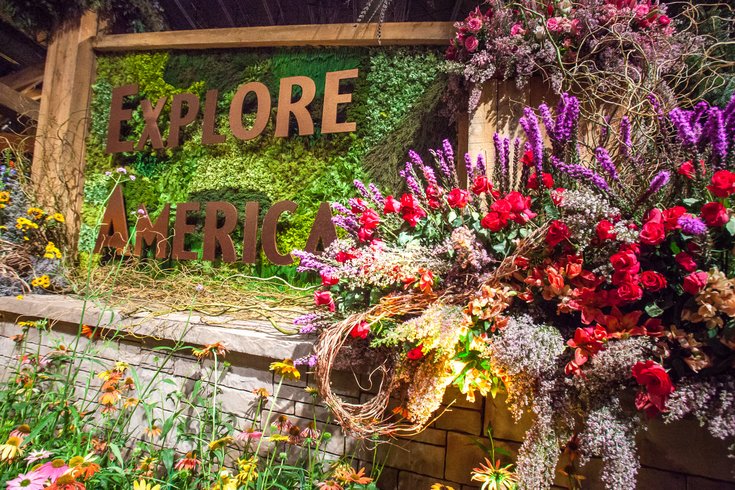 The 2016 PHS Philadelphia Flower Show opens to the public this Saturday, March 5, at the PA Convention Center and runs until Sunday, March 13. The theme this year is Explore America and celebrates over 100 years of the National Park Service, with dozens of elaborate scenes paying homage to our nation's majestic natural landscapes, rich history and vibrant culture.

The show, however, spans the entire country, celebrating the centennial of the National Park Service.

Opening on March 5 at 11 a.m., the 2016 Flower Show "Explore America" is equal parts competition, tradition and fundraiser. Each ticket to the show benefits Pennsylvania Horticulture Society (PHS) programs, with around 4,000 volunteers creating this year's show.

As for exhibits, read on for a preview of what to expect at the 2016 Flower Show.

Meant to look like guests have just entered into the forest, huge tree trunks reach to the ceiling behind large suspended screens that will play videos from national parks across the country.

Some will be time-lapse videos that show a full day in the wilderness. As guests immerse themselves in the video, music and the sounds of birds will play, scents from woodland flowers and plants will drift through and friendly National Park Service Rangers will be on hand (just look for the flat-brimmed hat).

It's all set up by PHS to transport visitors from the Convention Center corridor into the great American landscape.

"Explore America" lets guests do just that, through meticulously designed exhibits based on national parks ranging from Valley Forge to Death Valley.

"We want visitors to see this show and [be inspired] to go visit the real park," PHS President Matt Rader stated during a media preview on March 3. 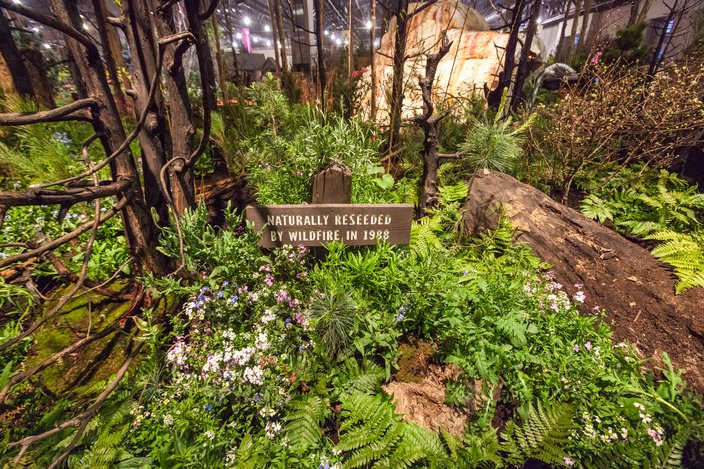 Two exhibits at the 2016 PHS Philadelphia Flower Show “Yellowstone - After the Fire‘‘ and “Charred! The Resurrection of Habitat‘‘ focus on forest fire education.

The exhibit to the right of the main entrance, created by Stoney Bank Nurseries, takes on one of the most well-known national parks. However, the subject the landscape arrangement touches on is more obscure.

We all know from Smokey Bear that we should prevent wildfires, but sometimes a fire is good. Plants and flowers can become renewed. 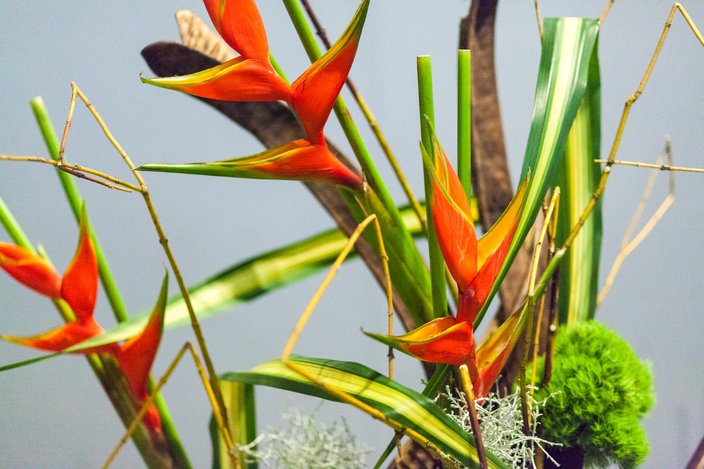 Tropical flowers bloom in both the exhibit inspired by the Hawai'i Volcanoes National Park and in pots by themselves on the showroom floor.

The most fascinating aspect, however, is the "lava." Mauna Loa and Kilauea are two of the largest Volcanos on earth and by incorporating an orange, bubbling substance to the garden, viewers are reminded these lush plants grow in volcanic soil.

Part of the educational side of the show, the Horticulture Academy at Abraham Lincoln High School created a tribute to their namesake and the 16th president, complete with a squash garden.

"Everything is tagged [with identifying labels] as much as possible in the educational exhibits. That's on purpose," said Linda Mills, who has been part of PHS for 20 years, while touring through the work-in-process.

The students at Abraham Lincoln High School completely created the exhibit themselves. Other local schools, W.B. Saul High School and Williamson College of the Trades, also have exhibits at the Flower Show that were created by students. 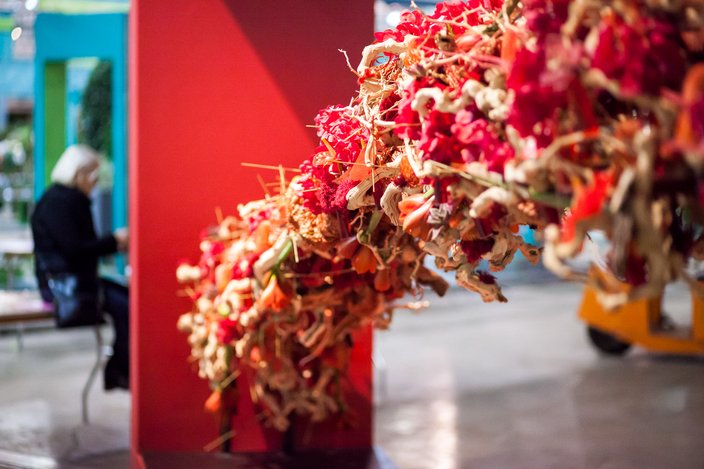 Robertson's Flowers was inspired by Arches National Park to create their floral arrangement.

For their interpretation, all the arches are made with flower arrangements.

Robertson's is one of the many participants that have created a family tradition of competing in the Flower Show.

• View a "glamping" site or a glamorous-camping site.

• Enjoy a Trail Mix Bar, where guests can create their own grab bag of healthy snacks like nuts, raisins and granola before exploring the showroom.

•The new PHS Pop-up Beer Garden will have s'mores, live music and brews.

• Experience a butterfly garden at this year's event.

• The "Find Your Park Pavilion" gives guests virtual tours of national parks across the country and let's guests Skype with park rangers.

For those trying to decide on what day to go, Sam Lemheney, PHS Chief of Shows and Events, notes that the last Saturday is always the busiest, stating, "50,000 people showed up last year [on that day]."