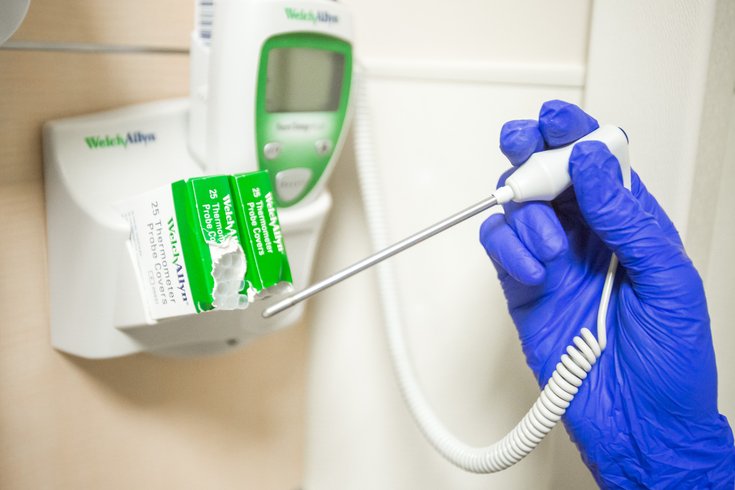 Thousands of people living in the Philadelphia region have come down with influenza in recent weeks – and the virus may not yet be letting up.

An ineffective flu vaccination has contributed to the recent surge in the virus, which is considered widespread by state health departments in both Pennsylvania and New Jersey. But the strains seen this flu season are not as severe as in years past.

"We're still relatively early in this part of the flu season," said Dr. Henry Fraimow, an infectious disease specialist for Cooper University Health Care. "Once the flu starts to increase, it really surges for a good six to eight weeks before things subside, in most years. So, I think we haven't quite reached our peak point."

There have been at least 25,497 confirmed flu cases in Pennsylvania since Oct. 1, according to the Pennsylvania Department of Health. But they have particularly surged since the beginning of the new year. About 6,500 cases were reported last week – higher than the peak point in five of the last seven flu seasons.

Similarly, there have been at least 4,750 confirmed flu cases in New Jersey this flu season, according to the New Jersey Department of Health. And like in Pennsylvania, weekly case counts have risen considerably since the holidays.

The flu vaccine has been a "relatively poor match" against the H3N2 strain of the virus, a contributing factor to the surging flu cases, Fraimow said. Many flu patients who received the vaccination still came down with the virus.

When doctors develop the flu vaccine each year, Fraimow said they make educated guesses at the strains that will be active during flu season. And based on the way the vaccines are developed, they may not be as effective when the strain actually hits.

"You're predicting ahead of time what strains are going to circulate that following year," Fraimow said. "If there's a brand new strain that emerges, like H1N1, then obviously the vaccines are unprepared for it. But the strains change a little bit."

Though the H3N2 virus has received particular media attention, Fraimow said doctors are seeing a mixture of flu strains.

"The fact that we're having a lot of flu is not surprising," Fraimow said. "I think the biggest surprise, so far, this year is how poorly the vaccine has been against that one strain. We've certainly seen a lot of illness, but we've had years in the recent past (when) we've had much worse flu seasons, at least up to this point."

The most severe flu strains in recent memory came in 2009 and 2010, when the H1N1 strain appeared for the first time, Fraimow said. The current strains are not nearly as severe, though the young and elderly remain at risk.

"Certainly, some people have been very sick," Fraimow said. "But I don't think we've seen lots of really bad disease, in the way we have in other years. ... We've seen a lot of flu in kids, but we haven't seen kids who have been doing really poorly."

As the flu makes its rounds throughout the Philly region, government officials are urging people to take proper precautions.

Camden County Freeholder Carmen Rodriguez, who oversees the county's health department, said parents should take young children to the doctor if they develop a high fever. Adults should also check in with their doctor and refrain from heading back to work too soon.

"If you've got the flu, make sure you get checked out," Rodriguez said. "If at all possible, try and stay away from other individuals. If you go back to work quickly, you're likely to spread the virus much more. That's probably why we're seeing such a high incidence of it."

Camden County has been the hardest hit in South Jersey, confirming 439 flu cases from Oct. 1 to Jan. 20. That's more than one-third of the 1,143 cases confirmed across the seven counties that make up South Jersey.

During the same stretch, there have been 3,670 confirmed flu cases in Philadelphia and its four suburban counties. Delaware County, with 927 cases, and Montgomery County, with 914 cases, have been the most impacted.

Here are the total number of confirmed flu cases in the region: