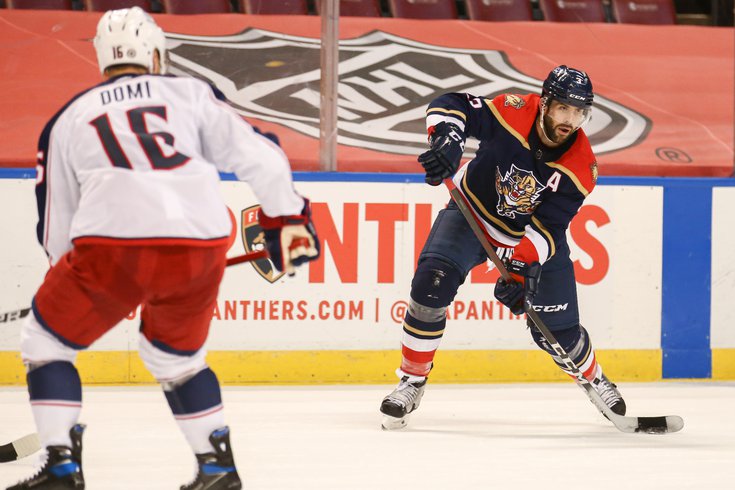 Chuck Fletcher apparently wasn't kidding around when he said changes were coming this offseason.

Just a few days after trading away the Flyers' first-round pick to the Sabres for Rasmus Ristolainen and sending Jake Voracek to Columbus for Cam Atkinson — not to mention a week removed from shipping off Shayne Gostisbehere for cap space — the Flyers GM is at it again, once again adding to his blue line by acquiring free agent defenseman Keith Yandle, according to multiple reports.

Yandle, 34, will be entering his 16th NHL season in 2021, but despite his age, he's been incredibly reliable, playing in every game for the Panthers during his five years there. In fact, he hasn't missed a regular season game since 2009 and has played in 922 straight, the second longest streak in NHL history.

He's also been incredibly consistent offensively, averaging at least 1.7 points per 60 minutes in 10 of the last 11 seasons and at least 40 points per year every full season since 2009-10. Last year, in 56 games, Yandle posted 27 points (3 goals, 24 assists). And with that kind of offense, you can bet he's thrived on the power play in his career and figures to play a key role there for the Flyers this season as well. Last year, 18 of his 28 points, including 17 of his assists, came on the power play.

In Philly, Yandle will be reunited with former coach Alain Vigneault, who coached him for a season and some change in New York. Earlier this offseason, the Panthers bought Yandle out of the final two years of his contract, one that came with a $6.35 million cap charge. That makes the Flyers getting him for less than a million dollars for the season — especially if he can continue to play at a high level — quite the steal.

The problem, however, remains Yandle's defense, where he became a liability for the Panthers last season, which ultimately led to his exit. He had fallen down the depth chart and ultimately out of favor, but he won't be asked to be a top-pair defenseman in Philly. The Flyers already have Ivan Provorov and Ellis penciled in there. Would a second pairing of a defensive-minded Ristolainen work alongside an offensive threat in Yandle work out for Vigneault? Would he slot in better on the third line with Travis Sanheim staying on the second? Or are there still more moves to come?

The one thing that is clear, however, is that the Flyers were looking to bring in some veterans from the outside to provide a different perspective in the dressing room. Beyond that, the moves they've made, specifically the defensive ones, also appear to work in tandem with them setting up their future along the blue line, with them finding a proper pairing for Provorov and a way to give young defensemen like Cam York time to grow while also not exposing them or their team defensively.

In theory, that gives them plenty of time to grow together into a third pair for the 2022-23 Flyers in sheltered roles, unless one or both breaks out in a huge way.