The Flyers shared an alternate jersey Thursday night. Are they for the Stadium Series? 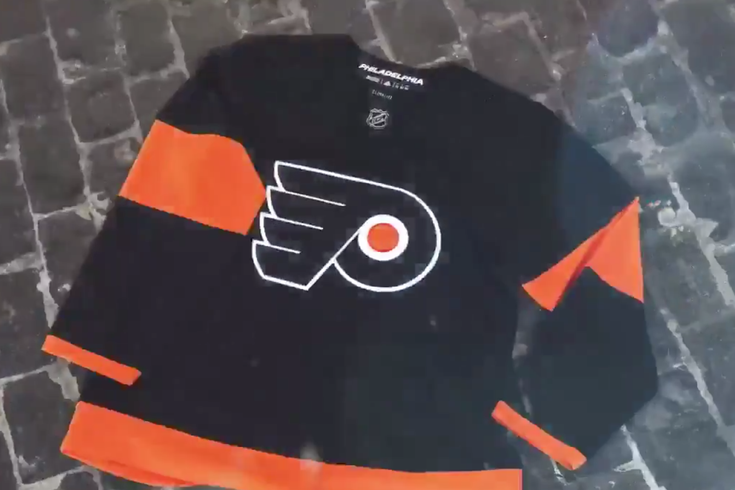 The Flyers unveiled new threads this evening, but were sort of cryptic in addressing when fans would get to see them on players.

The Adidas Hockey Twitter account unveiled some alternate threads for the Flyers this evening. When will you see them? We... don’t actually know.

Definitely something! They're extremely similar to last year's Stadium Series jerseys, albeit without the numbers and nameplates. The Flyers haven't worn many a black jersey that didn't have white shoulders. so this is a first for the team.

Considering the Flyers’ uniforms have been pretty constant in recent years, and the NHL isn’t undergoing some NBA-style rebranding, one might’ve thought any new Flyers jersey announcements would pertain to the team’s upcoming Stadium Series showdown with the Penguins, right?

The Flyers’ own Twitter account acknowledged the Adidas tweet this evening, but was sort of cryptic in addressing when fans would get to see these new almost-all-blacks:

Much less confusing: the team deciding to go with a #BackToBlack hashtag campaign. The Eagles famously rode the Back In Black campaign to otherworldly success in 2014 — remember those days? — when they stomped the Giants, 27-0, in prime time:

Are these as good as the Eagles’ black jerseys? Eh, not to these eyes. But they're definitely something.