In powerful essay, Dana Pirolli discusses her perspective on acceptance, care and understanding 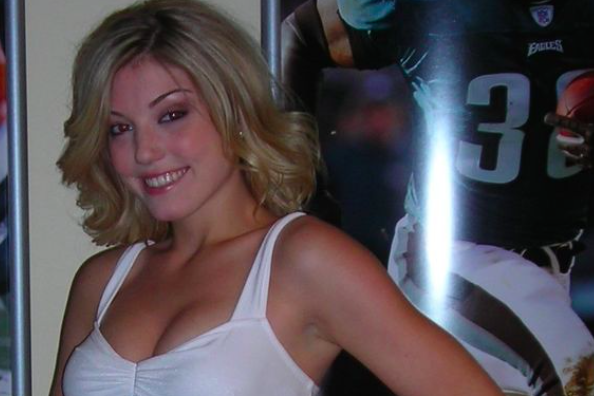 Epilepsy is the fourth most common neurological condition in the United States, affecting approximately 1 in 26 people at some point in their lifetime. Estimates range between 1.3 and 2.8 million Americans who have some form of the seizure disorder, which disrupts electrical communication between neurons and is typically treated through anticonvulsive drug therapy.

The incredible strength needed to persist through the ups and downs of epilepsy is hard to grasp for those who have little or no exposure to the condition. During periods of more frequent seizure episodes, which often occur unprovoked, functioning at a high level in society can become a major challenge.

In a personal essay written for MTV Life, former Eagles cheerleader Dana Pirolli discusses how she overcame her condition and was able to take on her dream opportunity.

Diagnosed at 11 years old, Pirolli suffered from both absence seizures – brief but chronic lapses of awareness – and convulsive tonic-clonic seizures that are most frequently associated with epilepsy. Even though medication provided her long periods of relief, Pirolli's epilepsy has returned at various points throughout her life.

The path that I had planned had taken a complete left turn. I despised having epilepsy. I was forced to acknowledge it and I hated that the most. I just saw myself as a burden to the people around me and it made me embarrassed. Despite the lack of control in my life, that year surprisingly ended up being one of the most memorable.

In 2008, after attending community college and going six months without a seizure, Pirolli tried out for the Eagles cheerleading squad and made it, joining a team that would eventually reach the NFC Championship game.

Pirolli went on to have 5 straight years without seizures, but what's most insightful about her essay is the way she discusses managing the way she perceived herself relative to epilepsy, during good times and bad. In some instances, this impacted how much she committed took care of her overall health, occasionally slipping into complacency when things seemed normal.

Pirolli's epilipsy has come and gone in recent years, but she now acknowledges feeling happier and "at peace" as she aims to promote greater understanding about the condition.