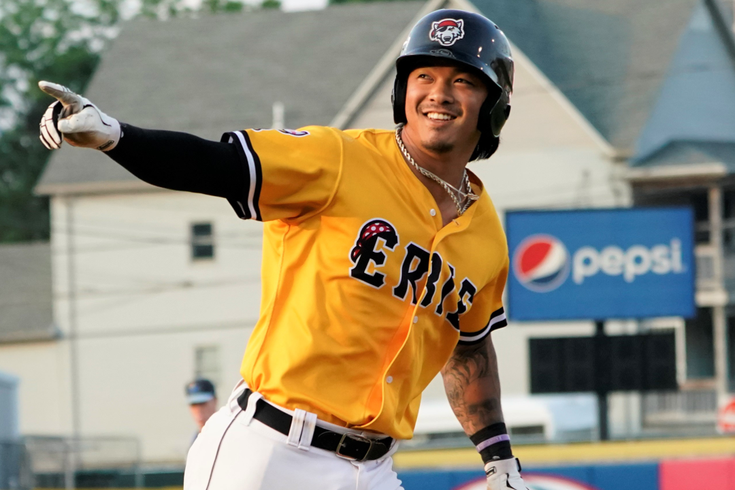 Chace Numata, 27, was a catcher in the Detroit Tigers' organization this season. Numata died after suffering a head injury while riding an electric skateboard.

A former Phillies draft pick died over Labor Day weekend after suffering a head injury while riding an electric skateboard in western Pennsylvania.

Chace Numata, 27, was a catcher in the Detroit Tigers' organization this season. The Phillies chose Numata in the 14th round of the 2010 MLB Draft, picking him out of high school in Hawaii. Numata spent time with the Phillies' minor league affiliates in Clearwater, Williamsport, Reading, and Lakewood during his time in the team's organization before he moved on to the New York Yankees in 2018.

Numata was riding an electric skateboard in downtown Erie, Pennsylvania, in the early hours of Aug. 30 when his skateboard stopped functioning and he fell forward, according to police who had access to surveillance video of the incident. Erie police Sgt. David Stucke said it appeared Numata fell on his head, and was immediately knocked unconscious.

A passerby noticed Numata unconscious and called 911, according to police. Numata died from his injuries on Monday morning.

The Phillies issued a statement after learning of Numata's death:

“The Phillies are saddened to learn of the tragic death of Chace Numata. During his 8 years in our minor league system, our organization and his teammates came to know Chace as a wonderful, humble young man who worked hard to become the best version of himself. Our thoughts and prayers go out to his family during this difficult time.”

A GoFundMe has been set up to help his family pay medical and travel bills.