Amber Garrison, 26, allegedly was held captive by a New York truck driver as they drove across the country 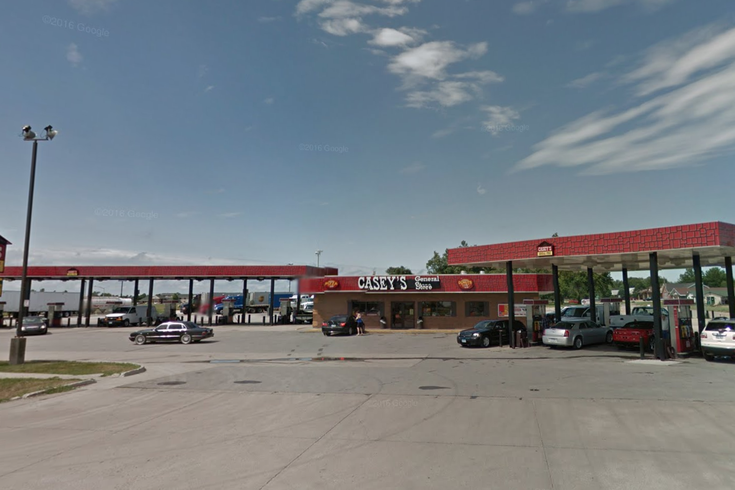 Shown here is Casey's gas station and convenience store in Stuart, Iowa, where a New York woman was found by police after being kidnapped at a Pennsylvania gas station.

Police in Iowa over the weekend found a woman who'd been missing for a month after she disappeared from a Pennsylvania truck stop in July.

Amber Garrison, 26, of Smyrna, New York, told police she'd met her alleged kidnapper two months ago on a dating app. Garrison was reported missing to the New York State Police in early August, according to the Stuart Police Department in Adair County, Iowa.

Garrison met up with James Scott Smith, of Mexico, New York, at the Pennsylvania truck stop, she said. Smith allegedly assaulted her multiple times, Garrison told police, and wouldn't allow her to leave the vehicle, according to KCRG.

In Iowa, Garrison convinced Smith, 32, to let her leave the vehicle after she promised she wouldn't call the police, according to KCRG. Garrison then placed multiple 911 calls from a gas station and convenience store.

When police arrived, authorities searched Smith's truck and then arrested him. Smith is charged with first-degree kidnapping, first-degree harassment, domestic assault with a weapon, and obstruction of emergency communication.

He currently is being held at the Adair County Jail on $1.01 million bond.