Ed Leopardi, a Trenton police officer at the time of his death, allegedly had encounter with hooker while on duty 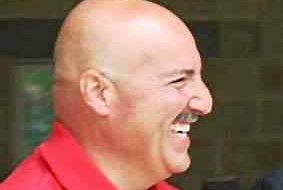 A former South Jersey elected official who also was a Trenton cop apparently killed himself Wednesday in the wake of an investigation into his behavior as an officer.

Ed Leopardi, a former mayor and councilman in Franklin Township, Gloucester County, had been under investigation on allegations he’d brought a hooker to a building at the Trenton police K-9 training facility, according to numerous media outlets. The Mercer County prosecutor's office confirmed Leopardi's death was a suicide, the Trentonian reported.

A Franklin township meeting set for Wednesday was canceled as a result of his death.

Leopardi's visit to the fenced K-9 building with a prostitute was uncovered when the woman later was jailed for an unrelated offense. She allegedly reached out to officers from the K-9 unit, and when no one helped her, she started talking about the encounter.

Leopardi, a 22-year veteran of the Trenton Police Department, has three children and was a former Little League coach and umpire.

He was also a volunteer firefighter and EMT.