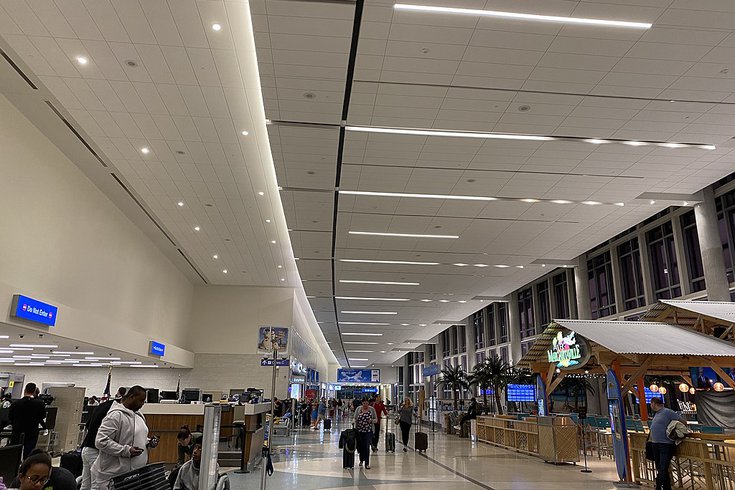 Three Philadelphia women were charged in an attack on Spirit Airlines employees at Fort Lauderdale-Hollywood International Airport on July 14, 2020.

A delayed flight from Fort Lauderdale to Philadelphia appears to have prompted an attack on Spirit Airlines employees at Fort Lauderdale-Hollywood International Airport.

The three women each face battery charges. Wright is also charged with theft.

The Broward Sheriff Office arrested Tymaya Wright, Danaysha Dixon and Keira Ferguson for causing quite the scene at Ft. Lauderdale Hollywood International Airport.They were charged with assaulting 3 Spirit Airlines employees because their flight to Philadelphia was delayed. pic.twitter.com/nUez1Qv1CP

"We thank our team members for their professionalism and quick actions, and we also thank the Broward Sheriff’s Office for their assistance at the Fort Lauderdale-Hollywood International Airport (on Tuesday)," the airline said. "Three guests became combative following a delayed flight, and they were arrested for physically assaulting our team members. Three of our team members sustained minor injuries. This violent behavior is completely unacceptable and has absolutely no place in airports or any other place of business. We will not tolerate abusive behavior of any kind."