By Brandon Baker
PhillyVoice Contributor
Restaurants The Fountain
from 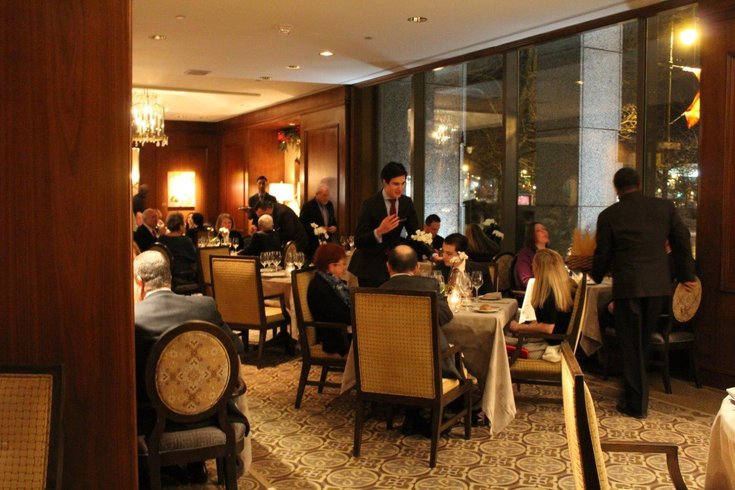 Read More
The Fountain Restaurant at the Four Seasons Hotel on Logan Square served its last supper on Saturday, Dec. 27.

Philly.com reported in November that the AAA Five Diamond- and Forbes Travel Guide Five Star-distinguished restaurant -- the only one in the region to have held both honors -- would close its doors. The decision came after the announcement that the Four Seasons would relocate to the top of the Comcast Innovation and Technology Center at 1800 Arch St.

The restaurant served its standard menu at 5:30 p.m. on Saturday, hoping to go out on a note of celebration.

"We didn’t want to create anything different because the Fountain itself is special and we want the people to leave with that memory," Chef William DiStefano, who began as an apprentice at the restaurant 25 years ago, told CBS Philly.

According to Foobooz Editor Jason Sheehan over at PhillyMag.com, the Fountain will become a steakhouse chain called Urban Farmer, which will serve regional farm-fresh produce, seafood (though we imagine the charred octopus won't be local) and -- you guessed it -- beef. You can get a taste for what the overall vibe of the restaurant will presumably be like by checking out its Portland location.

PhillyVoice made a call to the Four Seasons to double-check the restaurant's status. As of Dec. 30, the Fountain is still serving breakfast and lunch, and will continue to do so until the hotel closes. The Lounge will also remain open.