The four plays that sunk the Eagles' season 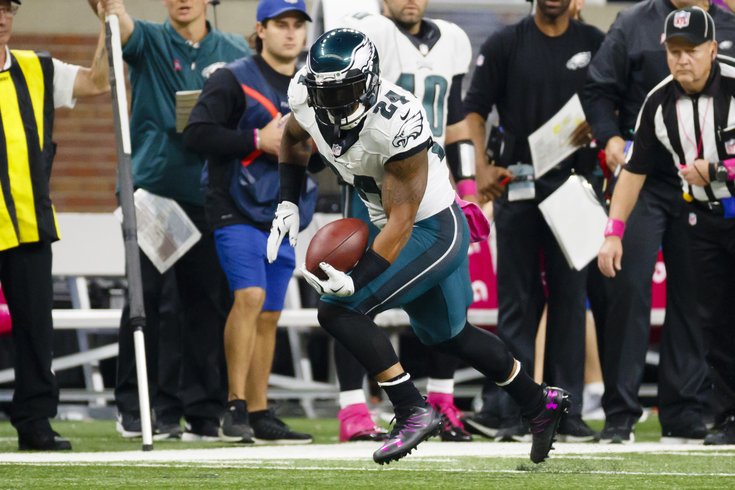 The 2016 Philadelphia Eagles have a realistic chance of finishing with a 5-11 record, but having a positive point differential. That's because they have won by at least two scores in each of their five wins, and have gone 0-6 in games decided by seven or fewer points.

"It's such a fine line in this league," said Doug Pederson on Wednesday. "You are a play or two away from your season being totally different. Of the thousands of plays that you execute throughout the year, it's going to come down to just a handful of those plays. And that's the difference. Like I tell the guys all the time, there's no magical defense or magical offensive play that's going to get things done. It boils down to your players and how well they fight and scratch and do whatever it takes to win football games. It's a great opportunity, again, for our guys. Again, it just shows how close we have become to winning and really flipping our season."

Here are the four plays that sunk the Eagles' season:

1) Ryan Mathews' fumble against the Lions

Facing a 3rd and 2 from their own 45 yard line and a two-point lead with 2:41 to go in the game, the Eagles tried a run to the outside with Ryan Mathews. Lions cornerback Darius Slay came up from his corner position and put his helmet on the ball, causing a fumble, which the Lions controversially recovered.

On the play, which was a sweep to the right, Mathews held the ball in his left arm (the inside arm) which you learn not to do in Pop Warner. It's not as if Mathews changed direction on the play or something, and just didn't switch arms -- The play design was to the right. Once the play was clearly bottled up, Mathews failed protect the ball with both arms, and the ball was popped out. Awful fundamentals. Awful game awareness. Just awful everything.

It is beyond comprehension how Ryan Mathews could fumble in the situation that he did. It's literally the ONE thing that you cannot do in that situation, and Mathews gifted the Lions outstanding field position, which enabled them to take a one-point lead with a field goal.

On the ensuing drive, Carson Wentz threw an interception to Slay, while not getting much in the way of help from Nelson Agholor to at least prevent Slay from making the pick.

2) Wendell Smallwood's fumble against the Cowboys

The Eagles had just forced a three-and-out of the Cowboys, and had the ball at their own 41 with 1st and 10 and a 10-point lead in the fourth quarter. They were in complete control of the game, until Smallwood opened up a window. On a first down run play -- the only one to Smallwood in the entire game -- Smallwood fumbled and the Cowboys recovered. The Eagles were able to get a stop defensively thereafter, but the Cowboys were at least able to capitalize with a field goal, making it a one-score game.

That was the play that turned the tide in that game, which the Cowboys would eventually win in overtime. You could also make an argument for the swing pass to Darren Sproles that resulted in a loss of six yards and knocked the Eagles out of field goal range as an equally devastating play.

The week after the Cowboys loss, the Eagles were down all game against the Giants, when Eli Manning threw an interception to Jordan Hicks late in the fourth quarter, giving the Eagles a chance to steal the game.

On a fourth down play, as Ron Jaworski narrated for us, Wentz missed Jordan Matthews on what should have been a lead-changing throw.

That was a missed opportunity. Ballgame.

Technically, the Eagles' missed two-point conversion against the Ravens wasn't a play that sunk the Eagles' season as it was already sunk, but certainly it was a play that would have resulted in a win if they hit it.

Over the last four days, an absurd amount of time and energy has gone into criticizing Doug Pederson for the play call and/or personnel on the field for that play, which I have found to be utterly ridiculous (but that's a topic for another day, perhaps).

Ultimately, linebacker C.J. Mosley made a great play, getting a hand on the pass on what was a play call that would have worked more often than not against the defense the Eagles saw.

So there you have it. If a measly four plays had gone the other way -- or maybe even just two of the four plays -- the entire season looks a lot different. Or maybe four plays is just the difference between good teams and bad teams.