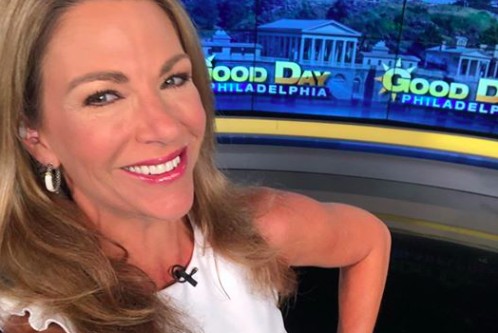 FOX29 Anchor Karen Hepp claims Facebook, Reddit and other internet companies used her image in advertisements for dating, erectile dysfunction and other sexualized content. She has filed a federal lawsuit seeking in excess of $10 million in damages.

FOX29 anchor Karen Hepp has filed a $10 million lawsuit against Facebook, Reddit and several other companies that allegedly published her photo in unsavory online advertisements and message boards without her authorization.

The "Good Day Philadelphia" co-host filed the federal suit Wednesday in Philadelphia. It alleges the photo in question was taken by a security camera at a New York City convenience store.

Hepp previously worked for WNYW-TV in New York and had been unaware the photo even existed until two years ago, according to court documents filed at the U.S. District Court for the Eastern District of Pennsylvania. Co-workers notified her that the photo was being used in advertisements for erectile dysfunction and dating websites.

The lawsuit claims the defendants' "sexualization" of Hepp's image was used for "prurient and illicit purposes" that have caused "serious, permanent and irreparable harm" to her reputation.

In light of Hepp's high-profile profession, the suit further argues that the photo has "intrinsic commercial value" and that the defendants knew the photo was of Hepp and no one else.

Hepp is seeking a preliminary and permanent injunction to remove the photos and provide her with an accounting of any and all revenue and profits generated by the exploitation of her image. She is also demanding a trial by jury along to settle the question of damages in excess of $10 million.