William Shoffler, who skinny dipped in full view of diners at the Wharf Restaurant, unsuccessfully argued police used excessive force when he was apprehended, among other complaints 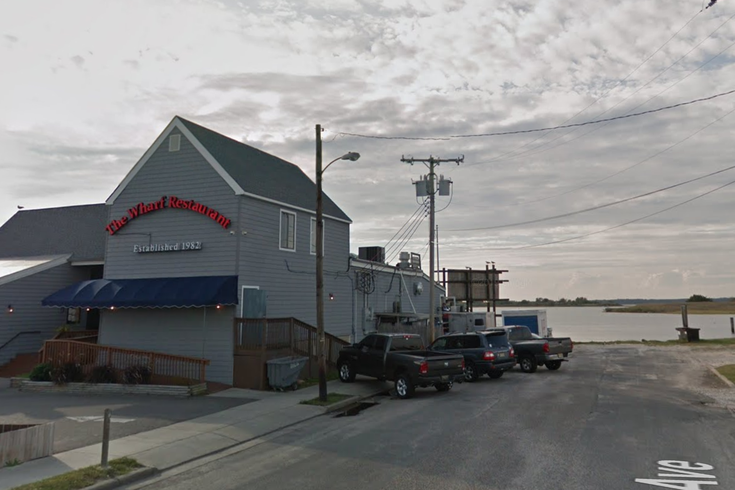 A New Jersey man went to jail after skinny dipping in front of patrons at Wildwood's Wharf Restaurant twice in the same day. He lost a federal civil rights lawsuit this week claiming mistreatment by law enforcement.

A New Jersey man who went to jail after skinny dipping in view of people eating at a Wildwood restaurant two times in the same day lost his federal civil rights lawsuit related to his arrest.

William Shoffler, who was 65 at the time of the June 2015 incident, filed the lawsuit in late June 2017 in the U.S. District Court for the District of New Jersey, claiming police unlawfully searched his property; he was improperly arrested; the police who arrested him used excessive force; and while in custody of the Wildwood police, he was denied use of the bathroom.

Shoffler was arrested because of a pair of incidents in 2015: He "repeatedly swam naked" in the Wildwood Bay within view of the diners at Wildwood's Wharf Restaurant, according to court documents.

As Hillman described the situation in his opinion filed on Tuesday, Shoffler "probably had a couple beers through the day" on June 30, 2015, before going for a swim in the bay near the Wildwood property he owned, which was adjacent to the Wharf Restaurant. While Shoffler was swimming, his corduroy shorts "came off", and he continued swimming naked. The Wharf's manager noticed what was going on and reported Shoffler to the Wildwood Police Department.

The police initially seemed to be on Shoffler's side, reminding Lebenski that Shoffler owned the property where he was swimming. When police approached Shoffler to talk, however, he was standing naked in a shed on his property, and began yelling, "F*** you cops," and "F*** South Jersey cops".

Because of his behavior, Shoffler was issued a summary ticket for disorderly conduct, and the officers left the scene.

Soon after, Shoffler went back to skinny dipping. When police showed up the second time, Shoffler was seen exiting the bay naked once more. Officers went over to Shoffler and told him he was under arrest. Police said Shoffler was initially resistant to arrest, and officers eventually forced him to the ground in order to arrest him.

At this point, Shoffler was allegedly "extremely belligerent" and, according to eyewitnesses, "had a bowel movement on himself" while in the processing area, despite not asking to use the restroom. Shoffler claims he asked to use the restroom, but was not permitted to do so. He also claims he was then sprayed with Lysol by a police officer, which the officer denies happening.

Shoffler was placed in a cell at Cape May County Correctional Facility. He continued to act out, according to court documents, demanding to be allowed to make phone call and attempting to stuff his cell's mattress down the toilet. At this point, officers pepper sprayed Shoffler to subdue him, then put him in a restraint chair.

Shoffler was bailed out of jail by his girlfriend the next day, and ultimately all the charges against him were dismissed because the complainant didn't appear for his criminal trial.

The judge noted in his opinion, Shoffler didn't dispute any of the important facts in the case and the judge found no civil rights issues with his treatment by Wildwood Police officers or by employees at the Cape May County Correctional Facility.