The Daniel Rumph Foundation, whose namesake died of sudden cardiac arrest at age 21, and CHOP are hosting the event to help young people catch any unknown conditions 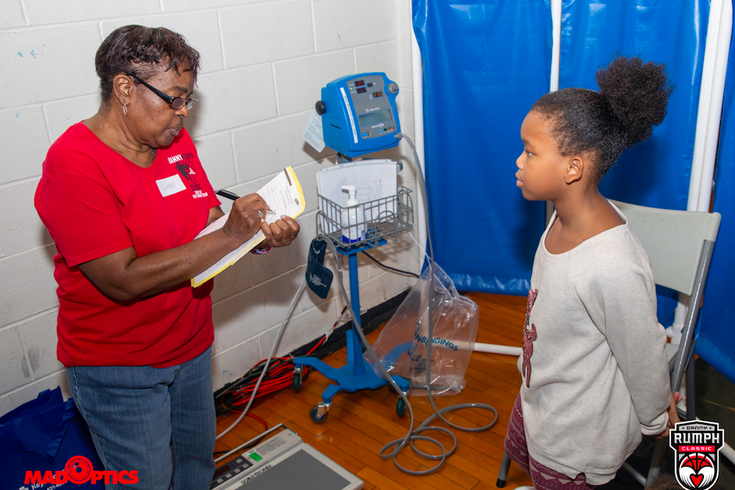 Free heart screenings will be available from 9 a.m. to 3 p.m. Saturday in Germantown, courtesy of the Daniel E. Rumph II Foundation and the Children's Hospital of Philadelphia.

Danny Rumph was playing pick-up basketball at Mallery Recreation Center in Germantown on Mother's Day in 2005 when he collapsed and died of sudden cardiac arrest. He was 21.

Rumph unknowingly suffered from hypertrophic cardiomyopathy, or HCM, the leading cause of sudden cardiac arrest among youth. He was the starting point guard at Western Kentucky University. During the 2004-05 season, Rumph had earned the reputation of being one of the hardest workers on the team.

At the time of Rumph's death, no one at the gym was CPR trained, his heart had not been properly monitored by an electrocardiogram during previous physicals, and there was no automated external defibrillator on site.

The Daniel E. Rumph II Foundation, established July 1, 2005 in his honor, seeks to combat this dearth of lifesaving resources by providing AEDs to Pennsylvania communities. It also provides CPR and AED training. In 2013, the foundation donated AEDs to every recreational center in Philadelphia.

On Saturday, it is providing free ECGs at the Daniel E. Rumph II Recreation Center, the renamed gym where Rumph collapsed, from 9 a.m. to 3 p.m. in partnership with Youth Heart Watch at the Children's Hospital of Philadelphia.

Interested families can register online in advance to save time filling out paperwork, and anyone with questions should contact YouthHeartWatch@chop.edu or call 267-426-7389. During the event, children need to be accompanied by a parent or legal guardian, unless the online forms are completed in advance.

Sudden cardiac death is leading cause of death in young athletes, who often show no previous symptoms. In the youth population, HCM is the top cause of sudden cardiac arrest.

HCM causes the walls of the heart to become abnormally thickened, which reduces the amount of blood taken in and pumped out to the body. It usually shows up during the teenage years, and can be accompanied by symptoms such as chest pain, difficulty breathing, fainting and abnormal heartbeat. 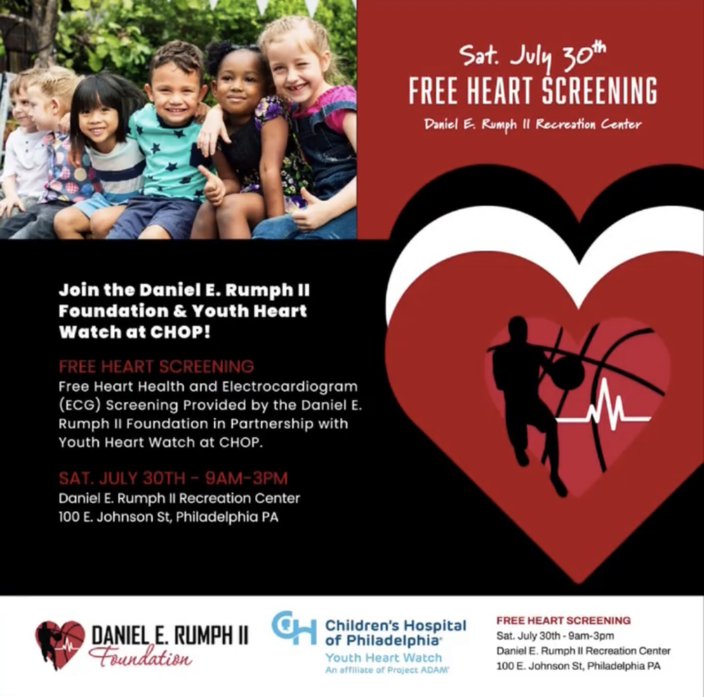 This condition is not at all uncommon, affecting 1 in 500 people in the United States. In 1990, another Philadelphia basketball star, Hank Gathers, who played for Loyola Marymount University, died of sudden cardiac arrest during a game in California. He also had HCM.

Heart screenings are recommended for people who experience chest pain, dizziness, rapid pulse and shortness of breath, or for people who have a family history of heart disease.

An ECG, also commonly referred to as EKG, can be used to detect a person's risk of sudden cardiac death. ECG screenings are used to record electrical signals in the heart, with the ability to detect heart problems and monitor heart health.

About 380,000 sudden cardiac arrests occur in the U.S. each year. They are the No. 1 cause of death, killing a person every 90 seconds.