From prison to college, student steers his life toward serving people with autism 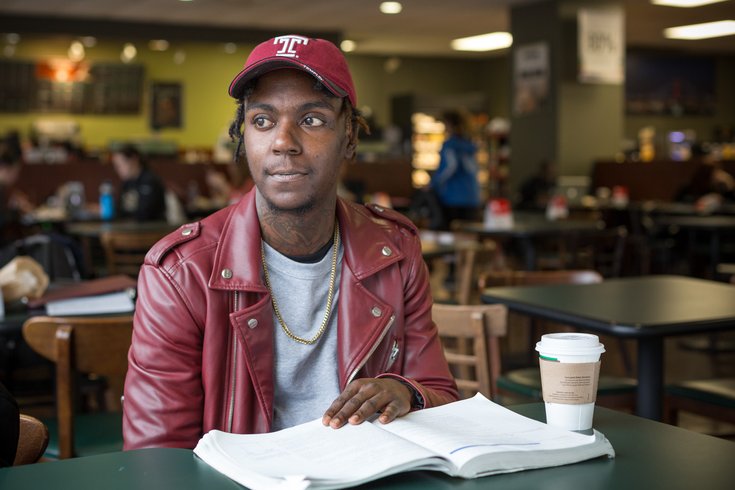 Temple University student Ralph Fluellen prepares for an economics final at the Barnes and Noble Bookstore at Broad Street and Cecil B. Moore Avenue on Monday. "The atmosphere, the environment, was good," he said, of the Reach program at CCP, which eased his way back to the classroom. "It was a great start. I felt that I was going in the right direction and that I was in the right place."

Growing up in University City, the prestige of a college education loomed over Ralph Fluellen.

But despite two esteemed — and expensive — universities sitting mere blocks away from his home, Fluellen's road to a college education was neither quick nor straightforward. As a teenager, he never quite understood how to "get to the other side of Market Street" from his low-income neighborhood.

"I always had that ambition to want better," Fluellen said. "But I was just doing it in the wrong way."

Fluellen, 27, instead fell down a wayward path taken by others in his neighborhood — using and selling drugs. Twice, his actions landed him in jail. It took a third stay behind bars — this time, as a man wrongfully accused of armed robbery — to set him on a new trajectory.

Now, Fluellen is completing his first semester at Temple University after having earned his associate's degree from the Community College of Philadelphia, with honors, earlier this year. And he stands as a testament to CCP's Reach program, which helps students with criminal records kickstart their educations.

"I didn't know that I would be accepted in that type of environment," Fluellen said. "I came to excel once I definitely got into the Reach program. I saw I wasn't alone. It was a fraternity. We stuck together to get through."

The Reach program groups former prisoners in exclusive classes during their first semester on campus, an effort to ease their transition from a regimented prison environment to a classroom setting with new challenges. 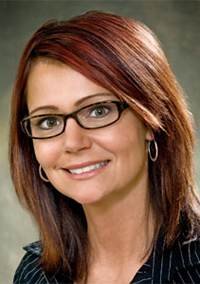 Fluellen credits the program and its director, Tara Timberman, with steering him through difficulties. But he also cites CCP's behavioral health and human services courses for helping him better understand his past. Classes in psychology and trauma abuse, among others, revealed how his environment influenced the person he had become.

Fluellen grew up in a single-mother household. No one within his home used drugs, but Fluellen says drug dealers and users could be easily spotted in his neighborhood. His late father struggled with alcohol abuse, but Fluellen says he rarely was present in his life.

Though Fluellen says he was "pretty much a good kid growing up," he ran into trouble late in his teens.

He was jailed for possession with intent to deliver crack cocaine in 2007, the same year he graduated from University City High School. Placed in a drug and alcohol diversion program, it took Fluellen seven years to complete. In the meantime, he was locked up for about four weeks on a marijuana charge.

At age 20, Fluellen's life took a dramatic turn when he was arrested for an armed robbery he did not commit. Unable to post bail, he sat in prison for more than a year until a judge acquitted him during a preliminary hearing. The victim testified that she only could identify Fluellen from a dream, he says.

"My eyes opened up that there's really people incarcerated for things that they did not do," Fluellen said. "I was a statistic."

Yet, amidst this harrowing experience, Fluellen says he recognized the pains his actual transgressions had caused his mother. He not only saw that he needed to change his ways, but he also wanted something different from life.

"This was my longest experience in jail and it was for something that I didn't do," Fluellen said. "It was a real eye-opener for me. The judge gave me a second chance. I was like, Wow, I really need to change my life." 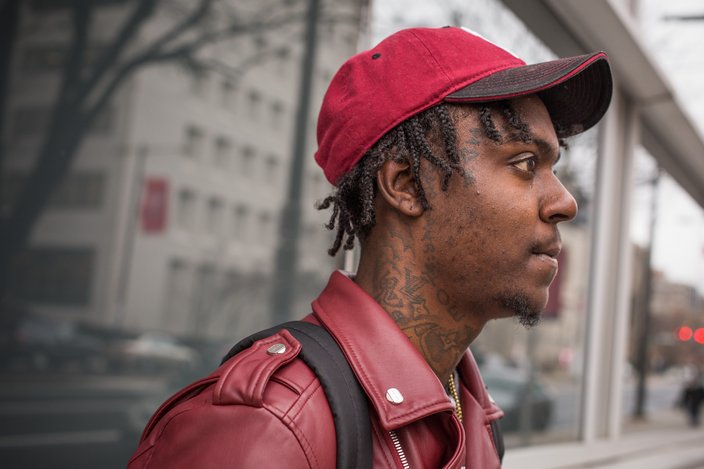 Ralph Fluellen, who has more than 100 tattoos, hopes to have at least five removed from his face to improve his job prospects. 'Personally, I think they're a hinderance,' he says. 'I have a good resume, but (they) limit me.'

Upon his release, Fluellen enrolled at CCP with the benefit of financial assistance. After his first semester, a counselor recommended he join the Reach program.

For the first time, Fluellen was surrounded by others who understood the challenges of rebuilding one's life after time in prison. Plus, they all desired something better for themselves.

Yet, the hurdles kept coming.

Learning to balance his school work and personal commitments was a struggle. During his two-and-a-half years at CCP, Fluellen became a father to two boys. He also dealt with grief — losing his best friend to street violence and his father to cirrhosis of the liver.

For support, he partially leaned on Timberman, who offered guidance. School not only proved to be a productive place to work, but also served as a safe haven from the former lifestyle he had abandoned.

"At school, I could be me," Fluellen said. "I'm safe, I could learn. But when I'd leave school and put my book bag down, I was fighting with that different person. For my first couple semesters, I would not leave school without doing my homework."

Though difficult, his struggles were not unusual.

More than 300,000 Philadelphia residents have criminal records, according to CCP's Reentry Support Project, which oversees the Reach Program. They face a range of challenges, including housing, employment and transportation struggles. They also often have stringent parole requirements they must complete.

Versed in their realities, the Reach program staffs several social workers ready to provide assistance with everything from addiction to mental health conditions. It provides free transit tokens to ensure students have access to transportation, a struggle for many people.

But Timberman says technological changes stand as one of the biggest difficulties for people returning to society after lengthy prison terms. They might have a smartphone, but that doesn't mean they are prepared to use various academic platforms, like Blackboard, for instance.

"That intimidates the heck out of them," Timberman said. "Another thing is study skills. They don't have them, because they really haven't had to use them before. That ties in with time management. In prison ... you're on a specific schedule that is mandated by the correction facility."

More than 250 students have passed through the Reach program since 2011, Timberman says. About 80 percent complete the first semester. By the end of the second semester, when students are integrated into regular classes, the completion rate drops to around 40 percent. But Timberman says many students leave after finding blue-collar jobs with the city.

Yet, others struggle to find work, held back by their criminal records.

Fluellen says he has not faced discrimination on the job market, likely because he was fortunate to have his criminal record expunged. But he says his appearance prompts skeptical glances; he has more than 100 tattoos. He's seeking to get several removed from his face.

"I believe it does hinder my ability (to get a job), but I go in with confidence," Fluellen said. "Even at college, I can see my classmates or sometimes my teacher make a face that he's not going to be here long, just off of my appearance. I use that as motivation."

"My eyes opened up that there's really people incarcerated for things that they did not do. I was a statistic." – Ralph Fluellen

By the end of his time at CCP, Fluellen had completed two internships, at SouthWest Nu-Stop Recovery and Educational Center and at Thomas Edison High School. He also had gained his part-time job at Devereux Advanced Behavior Health in Berwyn, Montgomery County, where he serves as a direct support professional for adults with autism.

The experience, which Fluellen calls "humbling," has fueled a desire to begin a social work career serving people with autism. One day, Fluellen says he might like to open his own group home.

At Temple, where he is a junior, Fluellen is majoring in social work. Upon earning his bachelor's degree, he intends to enter Temple's Master of Social Work program.

Just like when he was a child, Fluellen has his eyes set on greater heights.