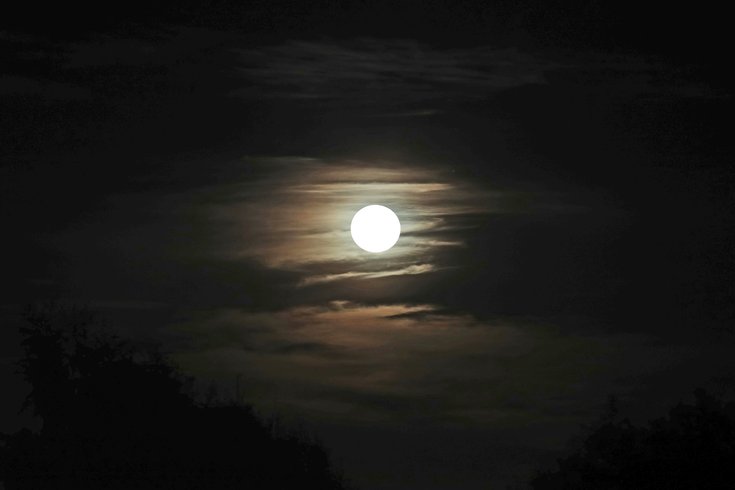 December's full moon, know as the Cold Moon will be the final moon of the year – and last of the decade — and it comes bright and early Wednesday.

The moon, currently in the constellation of Gemini, will appear full into Friday morning, when the moon sets at 8:28 a.m.

Venus and Saturn will be in conjunction on Tuesday, which means they currently share the same celestial longitude. Venus will be the brightest planet in the sky and should appear as an evening star, while Saturn will appear to the right of Venus, according to NASA.

Jupiter will be visible as well, but only for 30 minutes after sunset in the west to southwest portion of the sky.

December's full moon was named the Cold Moon by some Native American tribes as it typically signified the beginning of the winter season. It also has been called the Oak Moon, referring to the ancient Druid tradition of hand-picking mistletoe from oak trees for the Yule.

Among ancient European pagans, the December full moon was known as the Moon Before Yule, due to its proximity to the three-day Yuletide Festival, honoring the winter solstice.

The first full moon of 2020 will reach its peak fullness on Jan. 10 and will appear in the constellation Cancer. The January full moon is commonly referred to as the "Wolf Moon."