Gallery Gameplan: loving your roots, and more than 'a precious lock of hair' 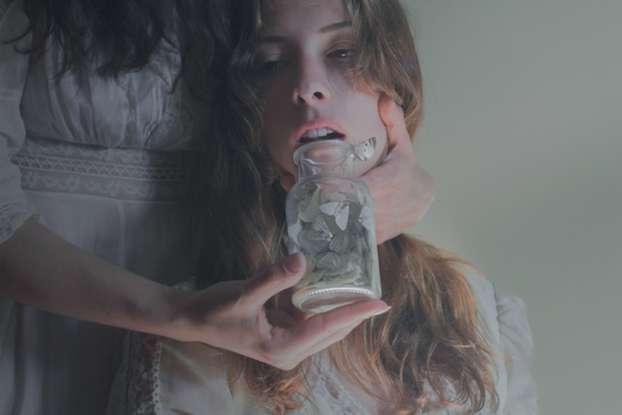 "Through the Dark" by Crystal Lee Lucas is part of a number of First Friday exhibits in town.

Jaishri Abichandani, founder and curator of the South Asian Women’s Creative Collective, makes a simple statement about the message behind this exhibition:

“All of our rights are under threat at this moment. We really cannot have enough solidarity among people of color.”

“Loving Blackness,” a title Abichandani says is inspired by bell hooks’ “Black Looks: Race and Representation,” brings together 20 artists to dive into the solidarity -- as well as the strain -- among communities of people of color. Abichandani says the exhibition aims to nod to the efforts of the Civil Rights Movement in securing rights for Asian communities. Several artists in the show feature work inspired by their Latino/Latina or mixed race backgrounds, as well. 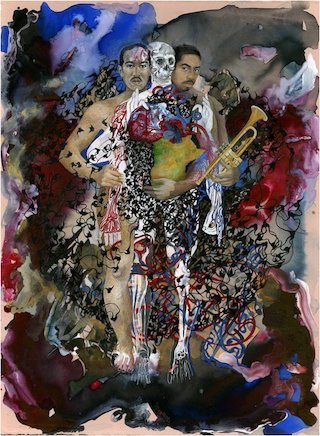 Viewers can see works like Dread Scott’s black-and-white flag with the words, “A man was lynched by police yesterday,” a response to the fatal shooting of Walter Scott in 2015 by officer Michael Slager. Also on display is artist Shaun Leonardo’s video piece called “The Eulogy,” which features the funeral speech from the 1952 Ralph Ellison novel, Invisible Man.

Abichandani also mentions, as part of the show, works by Sarah K. Khan, who photographed the vibrantly colored “kawandi” patchwork quilts made by the Siddi (Indians of East African descent) women in Karnataka, India. From the Uppercase magazine article that featured Khan’s images: “... these matriarchs make artfully composed quilts that alternately serve as bedding, house adornment, neighbourhood beautification and intellectual stimulation for babies.”

After describing going to school in Queens, New York, surrounded by diversity, where she’d “always been part of a continuum of people who are [just] arriving to this country,” Abichandani said of the show’s place in the current political climate:

“All of the work just carries even more weight because of the political context. There is no lying about those things anymore. It’s brought into sharper focus.”

•Sidenote: Abichandani’s been making a series of sculptures called “Angry Ladies;” little figures of mostly South Asian women, many in saris and lots of jewelry, with one fist up, the other holding a blank placard, like a protest sign.

There is an episode of the podcast “Another Round” which features guest Joy-Ann Reid, MSNBC correspondent and host of “AM Joy.” The “Another Round” hosts ask Reid about the silver linings to be found, if any, in the wake of the current presidential administration.

“I think there’s one thing that’s gonna really flourish under [President Donald] Trump and that’s the arts -- not because of funding…but the arts are going to flourish,” she said.

“I hope my viewers feel an array of emotions when looking at my work -- whether it be sadness, happiness, comfort or perhaps a new feeling they didn't know existed, or are troubled by. If I can get viewers to feel something and think about or question those emotions, then I did exactly what I intend to do in all of my work.” said artist Crystal Lee Lucas. 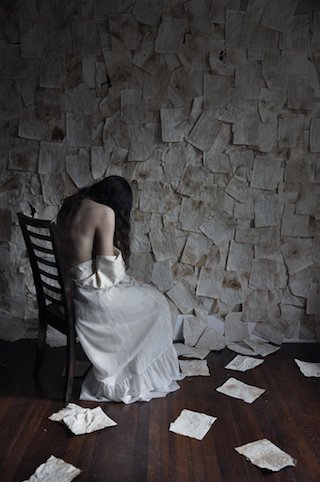 Of promoting her work on Instagram during the month of December, she said,

“I was worried self-promotion would come off as detached and unsympathetic to this past election and the endless amount of issues we are facing. There were many people suffering and still are, much more than I, and knowing that is an alarming concern, and had certainly made my worries and personal work seem secondary and insignificant.”

Nonetheless, hundreds of “likes” and supportive comments rolled in on her post. One said: “Now, more than ever, women need to be proud of accomplishments and feel like they can talk about them with excitement!”

“The response I got was not only wondrous, but much needed. Although, I do still feel this way today,” Lucas said.

Lucas said she spends many hours exploring and admiring everything strange in New Jersey, Pennsylvania, and other surrounding states. Think graveyards, churches, vaulted ceilings, and eerie bridges over foggy water. She’s been collecting Victorian and Edwardian clothing for years in thrift stores and antique shops, and has spent hours “wandering the depths of the internet for a stunning mourning cape or a precious lock of hair.”

Often the subject of her own photographs, Lucas said her images are of women in nature, in shadow, surrounded by religious items, or, in the piece “And They Keep Me in This Room,” surrounded by wallpaper of pages from Lucas’ own diary. (It was inspired by the Charlotte Perkins Gilman story, “The Yellow Wallpaper.”)

“This exploration through photography,” she writes in her artist statement, “is in hopes of coming to terms with the past, present, future and everything felt along the way.”