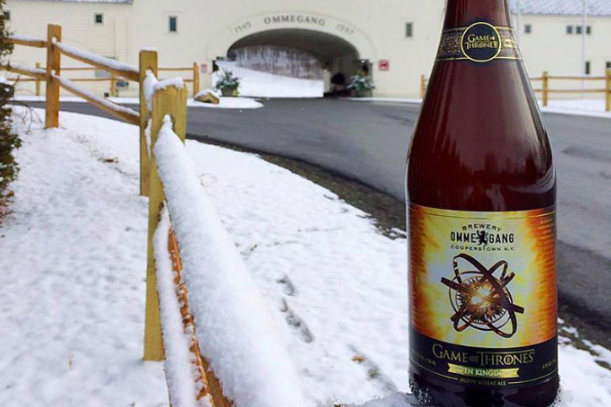 UPDATE: A second date has been added after the April 14 date sold out almost immediately.  Those that didn't get tickets the first time around have a chance to purchase them today, April 5, starting at noon. Tickets for Wednesday, April 13 can be purchased here.

Philadelphia is apparently undergoing a transformation into the Westeros kingdoms found in HBO's "Game of Thrones," and if you're not too familiar with that fictional universe, all you need to know is it's incredibly magical and gory.

First, on Wednesday, one of Daenerys Targaryen's dragons made its way into Dilworth Park to take flight as part of a promotion for the Season Five DVD release. The wreckage was pretty substantial.

Another pic from @jkru1988. Good to know Philadelphia is on top of barricading off dragon destruction 😊 pic.twitter.com/Owoe9LqYfL

The next stop up is Eastern State Penitentiary, where the historic prison will be converted for one day into the seven (or nine, technically) kingdoms of Westeros, according to Drink Philly. The occasion? Brewery Ommegang's special release party for its latest "Game of Thrones" beer, Seven Kingdoms Hoppy Wheat Ale.

The April 14 event will feature a tasting tour through Westeros, where guests can sample both the new beer and several of Brewery Ommegang's existing favorites. To keep you thirsty, there will also meats and cheeses on hand courtesy of Di Bruno Bros.

At the end of the tour, visitors are invited to take a seat on the Iron Throne itself, a perfect photo-op for diehard fans of the series. Other attractions will include fire spinners, live music and a DJ dance party.