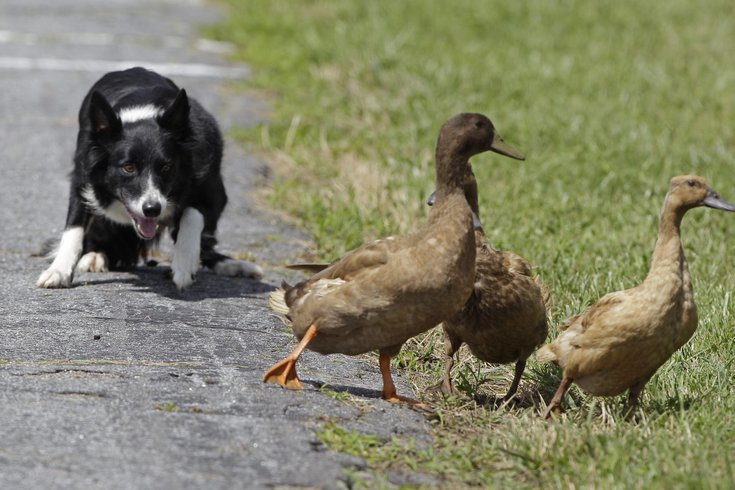 Geese Police founder David Marcks says border collies have a natural instinct to round up flocks of geese.

A new police force - one of the four-legged variety - will be patrolling the National Mall.

Uniformed border collies will have the task of rounding up geese around the Lincoln Memorial reflecting pool and other spots on the Mall, NBC Washington reports.

The dogs will be dressed in bright yellow vests labeled "Working Dog" and "Geese Police of D.C." They will patrol three to four times a day to disperse the Canada geese.

NPS officials say large flocks of geese leave excessive droppings. One goose can leave behind two to three pounds of feces per day. Park officials say the goose droppings can damage pipes and filters in the reflecting pool and create a public health hazard.

It is in a border collie's nature to round up flocks of geese, according to Geese Police founder David Marcks. He said it will take the dogs several weeks to get a handle on the birds.