The music legend, 85, helped organize Bob Dylan's first show in the city in 1963 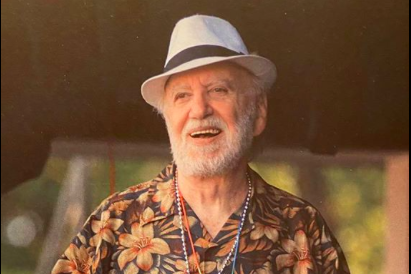 Gene Shay, a staple of Philadelphia's folk music community, is recovering from COVID-19 after spending weeks in the hospital. Shay co-founded the Philadelphia Folk Festival and was a longtime host on 88.5 WXPN.

There had been reports Shay had died after spending weeks in the hospital. A Facebook update from the Folksong Society referred to Shay as a "practical joker" and said he's "still with us."

Shay hosted WXPN's "Folk Show" from 1995 to 2015 and has a storied history in Philadelphia radio, as recounted over at WXPN's The Key. He played a key role in organizing Bob Dylan's first Philadelphia show on May 3, 1963.

From its inception in 1962, the Philadelphia Folk Festival thrived at its locations in Paoli, Schwenksville and Upper Salford.

The Philadelphia Folksong Society, where Shay once served as board president, will continue to provide updates on Shay's condition.