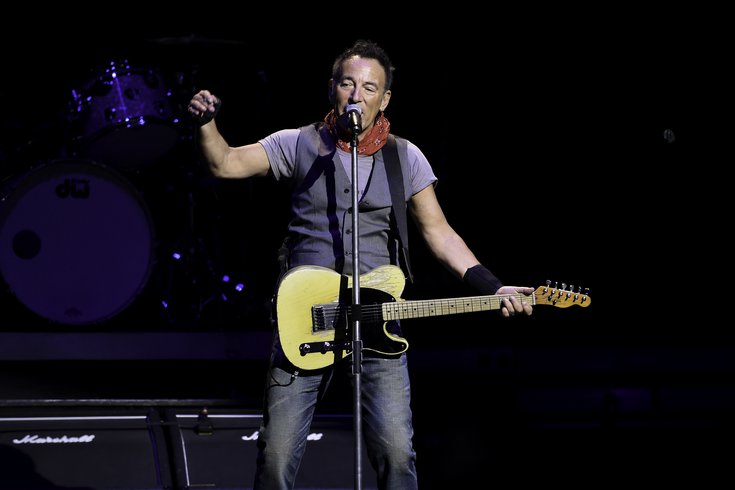 Bruce Springstreen will play in the upcoming "Jersey 4 Jersey" remote concert alongside various New Jersey celebrities, including actor Danny DeVito of "It's Always Sunny in Philadelphia."

The musician announced Tuesday on "Good Morning America" that will participate in the event, which benefits the New Jersey Pandemic Relief Fund. "Jersey 4 Jersey" will air April 22 at 7 p.m. on multiple platforms. It will feature celebrities who either are from or currently live in the state.

The New Jersey Pandemic Relief Fund provides resources to workers on the front lines of the COVID-19 crisis and organizations, like food banks, that are helping hard-hit communities. The fund was launched in late March by First Lady Tammy Murphy with the assistance of Springsteen, Bon Jovi and several others playing in the upcoming show.

Bruce Springsteen announced that he is teaming up with other New Jersey native celebrities for a #JerseyForJersey event that will raise money for the NJ pandemic relief fund. Tune in April 22nd on @ABCNetwork! pic.twitter.com/kgOKiqL15y

Last week, Springsteen performed a series of songs streamed on SiriusXM’s E Street Radio. Prior to the global health crisis, "The Boss" had planned to release a new album in 2020 and tour with the E Street Band, the primary group that has backed Springsteen since the 1970s.

The New Jersey Pandemic Relief Fund has raised more than $18 million for coronavirus aid from more than 2,000 donors. Supporters have been using "#bandtogether" to encourage relief donations and social distancing.