Hanks hosted the special edition of SNL from his home 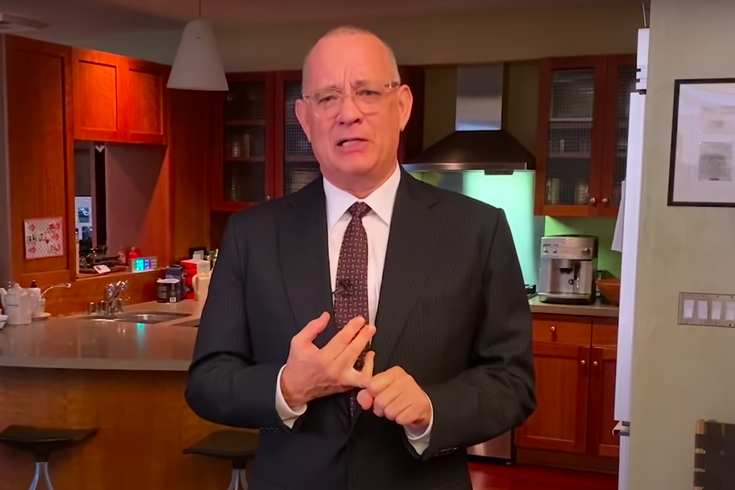 Tom Hanks hosted a special edition of SNL called "Saturday Night Live At Home" just one month after he was diagnosed with coronavirus.

Oscar-winning actor Tom Hanks hosted a special edition of SNL this weekend called “Saturday Night Live At Home”, and he said that both he and his wife Rita Wilson are feeling well after being diagnosed with coronavirus in March.

The 63-year-old Hanks has been a frequent guest on SNL over the years and has hosted the show a number of times. He admitted that it was a bit odd to be hosting the program from home rather than from New York City.

“It’s good to be here, but it’s also very weird to be here hosting Saturday Night Live from home,” Hanks said. “It is a strange time to try and be funny, but trying to be funny is SNL’s whole thing.”

Hanks didn’t appear in any of the sketches on Saturday night, which were all filmed remotely in the homes of the SNL cast members who are quarantining as well during the COVID-19 pandemic.

Amid his recovery from coronavirus, Hanks was able to make light of the situation during his opening monologue on Saturday night.

“For one, I’ve been the celebrity canary in the coal mine for the coronavirus,” Hanks said. “And ever since being diagnosed, I have been more like America’s dad than ever before since no one wants to be around me very long and I make people uncomfortable.”

“Now the folks in Australia are fantastic in every way, but they use Celsius instead of Fahrenheit when they take your temperature,” Hanks continued. “So when they come in and they say ‘You’re 36’ which seemed very bad to me, but it turns out 36 is fine. 38 is bad. So it’s basically how Hollywood treats female actors.”

Hanks and Wilson were diagnosed with the virus last month while in Australia. After suffering from mild cold-like symptoms, they decided to get tested for the coronavirus and both tests came back positive.

“But now my wife and I are doing fine,” Hanks said. “We’re doing great. We’re hunkered down like all of us should be. In fact, this suit is the first time I’ve worn anything other than sweatpants since March 11. My wife had to help me put it on because I forgot how buttons work. But it turns out there’s these little disks, and they slide into these slots. Amazing.”

Hanks ended his monologue with a positive and encouraging message for viewers watching at home.


This weekend’s program was the first that “Saturday Night Live” had done since both the outbreak and the show’s hiatus last month.