Get face-to-face with life-size clay warriors from more than 2,000 years ago 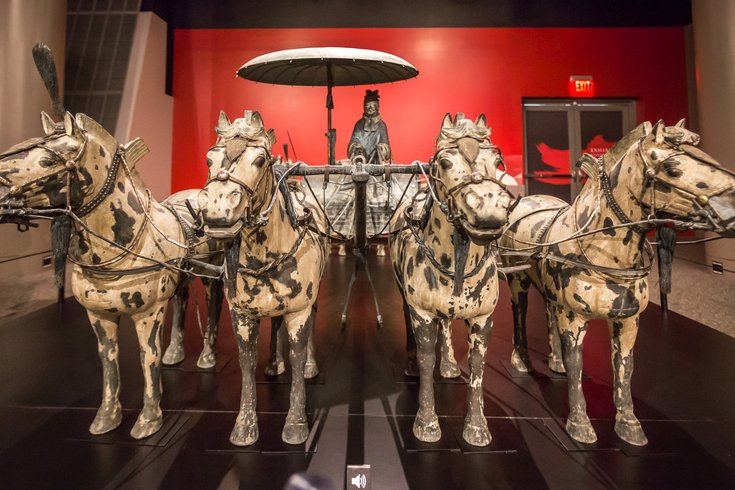 The exhibit, "Terracotta Warriors of the First Emperor," is on display at the Franklin Institute from Sept. 30, 2017 until March 4, 2018. This display features a replica of the bronze "Chariot No. 1."

The Franklin Institute will debut the new exhibition "Terracotta Warriors of the First Emperor" Saturday, Sept. 30.

On display through early March, will be 10 life-size clay warriors from more than 2,000 years ago, discovered at the burial complex of China's First Emperor Qin Shihuangdi, plus, 164 artifacts from the site, on loan from the People's Republic of China. 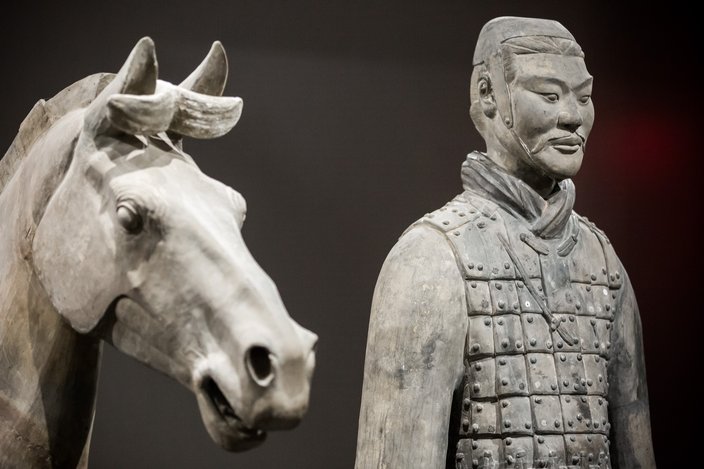 At this point in the excavation, 116 cavalrymen and saddled horses have been uncovered. One of each is prominently on display at Franklin Institute's new exhibit.

In 1974, laborers in China stumbled upon fragments of terracotta pottery when digging a well. They were immediately able to see that the fragments resembled parts of faces, arms and torsos. Following their curiosity, they dug deeper and brought their findings to a local expert, who dated the fragments to the time of the First Emperor.

Finding the Terracotta Army is considered one of the most significant archaeological discoveries in history.

"We recognized the parallel in the story of the [Terracotta Warriors] discovery to the process of science. What those laborers ultimately discovered were clues. They collected data. They tested it. They analyzed it and they used that information to make logical conclusions. That is the process of science that the Franklin Institute seeks to inspire in our visitors everyday," Karen Elinich, director of science content and learning technologies at the Franklin Institute, shared with media at a preview of the exhibit on Thursday. 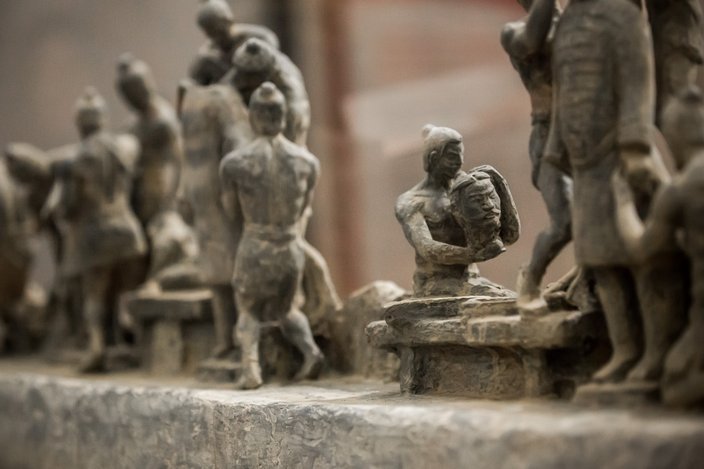 Two timelines on display in the“Terracotta Warrior's of the First Emperor” exhibit show the laborious process of creating both warriors and horses.

What makes the Franklin Institute's Terracotta Warriors exhibit stand apart from others in the past is its focus on the science and technology used to build, bury and excavate the army.

"How did an ancient society construct 8,000 full-sized terracotta figures?" is one question Elinich wants visitors to think about when exploring the exhibit. The burial complex is roughly the size of Manhattan.

The 10 figures on display in Philly include a general, an armored official, two archers, an armored soldier, a cavalryman and his horse, a charioteer, a civil official and a musician. 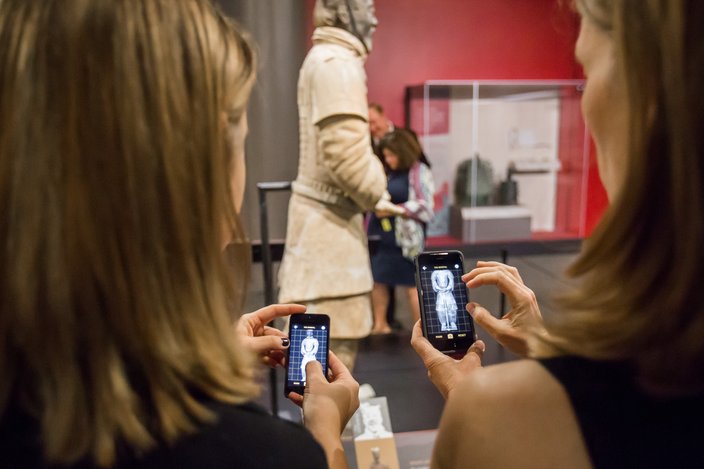 Guests attending the press event, Thurs., Sept. 28, 2017, at the Franklin Institute, used an “Augmented Reality” app. available on their cell phones to interact with the exhibit.

On the screen will be CGI representations of what the statues looked like when they were first built, holding weapons that have turned to dust in real life. The figures stand separately, or in groups of two, instead of bunched together on a platform – the more common way to display the warriors, since that is how they looked in the burial chamber.

"In this exhibition, you'll  see the statues represent both the symbolic and the real. Obviously, we're inspired by the symbolism of the figures, but we're perhaps more fascinated by the real – the production," said Elinich. 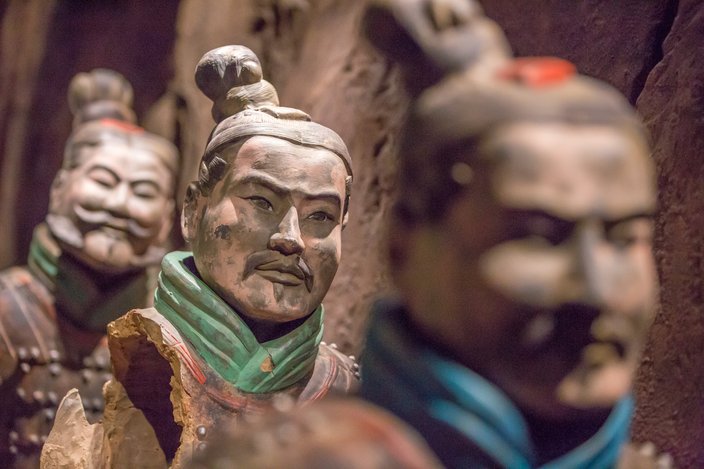 Warrior statues depicting various states of decay were placed in a scene resembling the site where they were found, allowing visitors to imagine the warriors in an archeological site.

While the 2,200-year-old warriors are the main draw, there's more to the exhibit. Dive into a brief history lesson on ancient China's evolution from small waring-cities to unified empire. Consider what the statues would have looked like painted, or try one of the hands-on activities.

There are stations where visitors of all ages can try molding techniques, assemble a plastic warrior and measure objects without the aid of modern tools. Pieces of the Terracotta Army were on display in Philadelphia 30 years ago, but the Franklin Institute's new exhibit is both larger and different than anything previously on display in the city.

"Terracotta Warriors of the First Emperor"