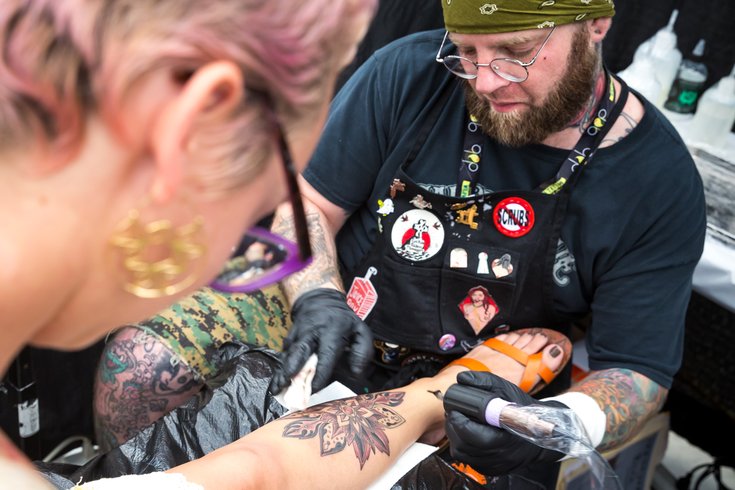 John Patrick of Art Gallery Tattoo in Forked River, New Jersey tattoos a mandala on the shin of Natasha Budd at the Wildwood Tattoo Convention in a file photo taken in August 2017. A new report shows there are longterm health risks among people who get tattoos while having weakened immune systems.

People who get tattoos while their immune systems are weakened risk suffering from harmful, long-term health issues, according to a recently published report.

The new case study published June 18 in BMJ Case Reports details the instance of a woman reportedly recovering from a double lung transplant in 2009 who had been taking drugs for years that weakened her immune system. During this time, the woman got a tattoo on her left thigh. Shortly after, she began to experience mild irritation and extreme pain in her hip, knee and thigh, the study details. This persisted for two years.

After 10 months, the woman was referred to a rheumatology clinic where she was tested for various conditions, all of which returned negative results.

A biopsy revealed her thigh muscle had inflammatory myopathy — a chronic muscle inflammation accompanied by muscle weakness, according to the National Institute of Neurological Disorders and Strokes.

The woman underwent extensive therapy and three years later, she is pain free.

The study says this is the first documented case of inflammatory myopathy as a complication to tattooing in a case where an immune system is already weak. The study calls this "unusual" but also serves as a "reminder to consider tattoo-related complications."