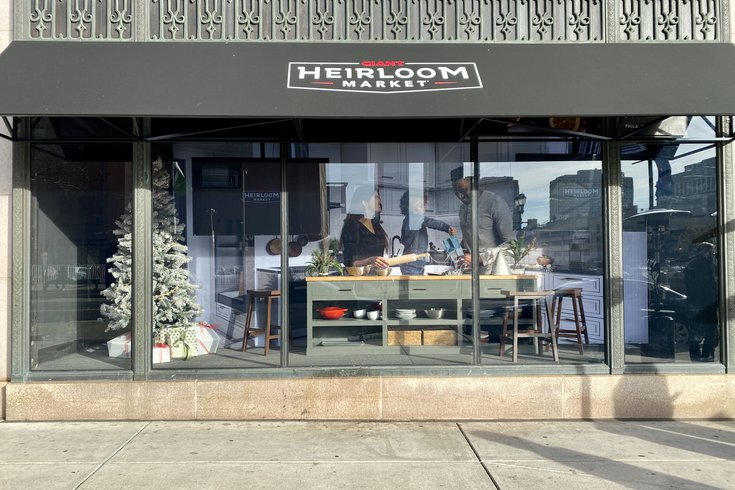 As supermarket chain Giant continues its expansion in Philadelphia, one of its most anticipated new stores celebrated its grand opening in Center City on Thursday.

The Carlisle-based company opened its fourth Giant Heirloom Market at 801 Market St. inside the former home of the Strawbridge & Clothier department store, which had a long run beginning in 1928. It became primarily an office building in the mid-2000s.

The new Heirloom market, located on the ground floor, is just a short walk from Fashion District Philadelphia. Giant Heirloom Market's other locations are in Graduate Hospital, Northern Liberties and University City.

"It seems only fitting that our growth and investment in the city this year culminates with this new store in a legendary location that has served Philadelphians and visitors to our city for decades," Giant President Nicholas Bertram said. "This store will reach residents and workers in the Fashion District and beyond, as well as visitors to Philadelphia's nearby historic sites and museums. Always keeping in mind our purpose of connecting families for a better future, we know our customers will be delighted by the beautiful architecture and features at this Giant Heirloom Market."

Giant restored the 32,000-square-foot space and maintained many of its interior design elements, including chandelier lighting, signage, decorative trim and the famous "Il Porcellino" wild boar statue that graced the department store.

Much like the other Giant Heirloom Market locations, the Center City store will feature a large beer and wine selection, gourmet cheeses with pairing recommendations, a seating area with TVs and 16 self-checkout registers. The store will stand out from the others with its Tap Hall housed inside the building's historic elevator hall, which includes 32 self-serve beers and wines.

On-the-go customers will be able to take advantage of Giant Direct to plan for next-day pickup or delivery by ordering online.

The new store will operate seven days a week from 7 a.m. to 10 p.m. and will employ approximately 100 people.

Giant now has eight stores in Philadelphia and opened four this year alone, including the flagship grocery in Logan Square and a new supermarket at 1403 S. Columbus Blvd. along the Delaware River. The company also opened an e-commerce fulfillment center in Southwest Philadelphia and has plans for additional stores on North Broad Street at the corner of Spring Garden Street and on South Broad Street at the corner of Washington Avenue.