Go ahead, Villanova, have a parade in Center City

Kris Jenkins hit a game-winning shot for the ages; that alone warrants a few street closures 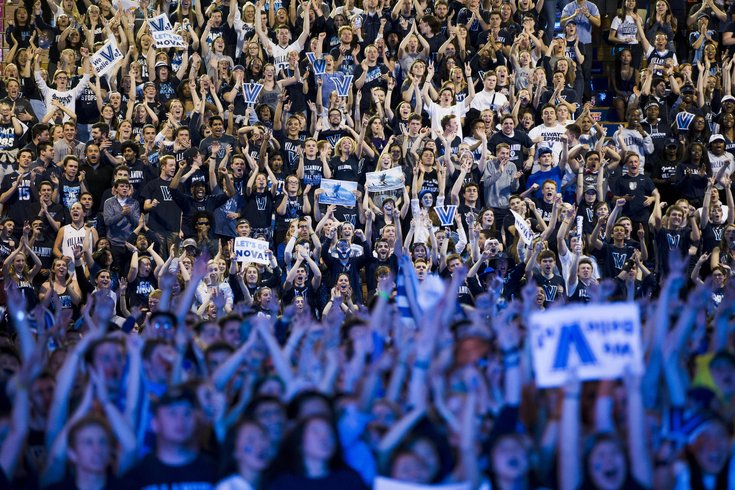 A generational achievement. That Oklahoma drubbing was transcendent. And holy smokes, that Carolina game.

The Delaware Valley is proud of – and so very happy for – you. Seriously, you should party seriously. Here’s the thing, though: That whole parade in Center City thing is still ridiculous.

Well, at least that’s what I thought till Kris Jenkins hit that three at the buzzer.

Have a Rio Carnival on South Broad.

Do whatever you want to do with a scratch-off holiday, even if you weren't rooting for 'Nova.

Great win. A game-winning shot for the ages.

UPDATE: There will be a parade on Friday from 20th and Market streets to Dilworth Park.

(Oh, if you’re interested, here’s what I had written before that bomb swished.)

Let’s not rehash the fiscal, historic and geographic cases against it.

And let’s not pull the “seven-arrests-on-Sat. thing is cause for the new Broad Street Wawa to worry about being the Robinson Luggage” card.

Parades are parties for everyone, at least in theory, even if you abhor them in practice.

Villanova’s championship isn’t a championship for Philadelphia, but for some of Philadelphia; I mean, the fractured college landscape alone speaks to that. And, that’s not enough to cede the streets for a caravan of ad-laden double-decker tour buses, little Shriners cars or whatever.

So how about a rally at Dilworth Plaza? Sure, it’ll shut down the streets surrounding City Hall, but so did the cabbies’ Uber protests. Fair is fair.

(Oh yeah, before you say it, Taney was for kids. It’s time to let that one go; trotting it out’s become the cheesesteak-prep bumper every last sporting-telecast from Philly).