Nnamdi Asomugha will play a homicide detective in the film adaptation, with Eddie Redmayne in the lead role 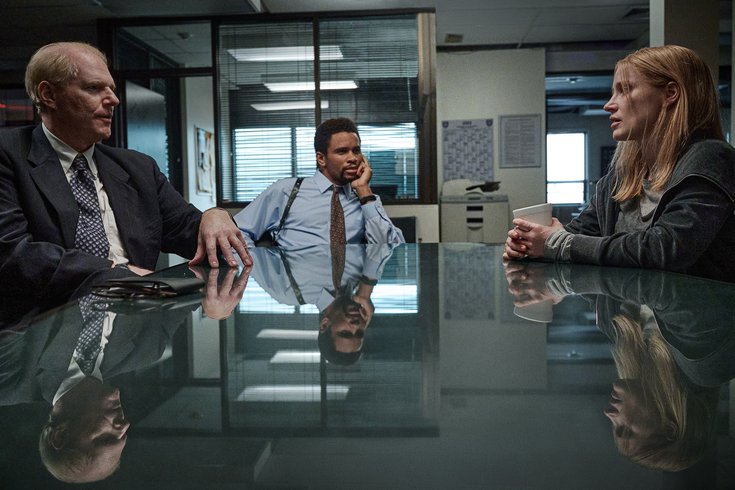 True crime dramas often are filled with tales of grisly brutality — Apple TV's "Black Bird" fits the bill, for a recent example — but there's something extra sinister and twisted about a serial killer masquerading as a kindhearted nurse.

"The Good Nurse," an upcoming Netflix film, explores the quiet rampage of Charles Cullen, a nurse who confessed to killing at least 40 hospital patients in Pennsylvania and New Jersey between 1988 and 2003. Cullen secretly would administer lethal cocktails of unassuming drugs to his patients, escaping detection with guile as hospitals and investigators failed to thoroughly examine the pattern of deaths.

Adapted from Charles Graeber's book of the same name, "The Good Nurse" will star Eddie Redmayne as Cullen and Jessica Chastain as Amy Loughren, a nurse who worked with Cullen at Somerset Medical Center in New Jersey and became a confidential informant for police.

Former Philadelphia Eagles cornerback Nnamdi Asomugha, who quit football in 2013 to become an actor, will play the role of homicide detective Danny Baldwin.

Here's the film synopsis from Netflix:

Amy, a compassionate nurse and single mother struggling with a life-threatening heart condition, is stretched to her physical and emotional limits by the hard and demanding night shifts at the ICU. But help arrives when Charlie, a thoughtful and empathetic fellow nurse, starts at her unit. While sharing long nights at the hospital, the two develop a strong and devoted friendship, and for the first time in years, Amy truly has faith in her and her young daughters' future. But after a series of mysterious patient deaths sets off an investigation that points to Charlie as the prime suspect, Amy is forced to risk her life and the safety of her children to uncover the truth.

Cullen had a lengthy history of mental illness dating back to his childhood in West Orange, New Jersey, where he was often bullied and attempted suicide at a young age. He dropped out of high school after his mother was killed in a car accident and entered the U.S. Navy in the late 1970s, rising to the rank of petty officer. He remained an outcast, often ridiculed by his peers, until he was reassigned and medically discharged in 1984.

Cullen became a nurse after graduating from the Mountainside Hospital School of Nursing in Montclair and got his first job in the field at Saint Barnabas Medical Center in Livingston. He got married in 1987 and had two daughters, but within five years, his family had left him out of fear for his increasingly disturbing behavior, alcoholism and abuse.

Cullen eventually admitted to killing patients at St. Barnabas in 1988, the beginning of a nearly 16-year stretch during which authorities suspect he may have deliberately taken the lives of as many as 400 people. Only 29 of his victims have been confirmed.

It was during Cullen's time at St. Luke's that co-workers began to raise red flags about stolen medications and suspicious patient deaths, escalating the matter to Pennsylvania State Police. Authorities contracted a private forensic pathologist to assist in the investigation, but state police ultimately found "nothing prosecutable," the New York Times reported in 2004, the year Cullen eventually pleaded guilty to multiple murders in both New Jersey and Pennsylvania.

Loughren's stealthy effort to bring Cullen down, described in Graeber's book, involved working with Somerset County Detective Baldwin and his partner, Tim Braun, to gather information from Cullen by building a close relationship with him. Loughren wore a wire to elicit confessions as she dug into his records at Somerset Medical Center, finding a sickening pattern in the way he studied vulnerable patients and ordered drugs to kill them.

During interviews with investigators, Cullen claimed he had killed his patients to end their suffering, even though many of them had been expected to recover. The drugs he gave his victims often caused them immense suffering and led to panic among staff at the hospitals where Cullen worked.

Cullen's cooperation with authorities spared him the death penalty, but he's currently serving 18 consecutive life sentences at New Jersey State Prison in Trenton. He talked about his murders during an episode of "60 Minutes" around the time Graeber's book was published.

For Asomugha, who played for the Eagles during the 2011 and 2012 seasons, the role on "The Good Nurse" will be among his most visible screen appearances. His most notable role has been in the 2017 crime drama "Crown Heights," in which he played Carl King and was nominated for several awards, including an NAACP Image Award for Outstanding Supporting Actor in a Motion Picture. He also served as an executive producer on the award-winning war drama "Beasts of No Nation" and is married to actress Kerry Washington.

"The Good Nurse," directed by Tobias Lindholm and written by Krysty Wilson-Cairns, is set to premiere on Netflix on Oct. 26 following a limited theatrical release on Oct. 19.