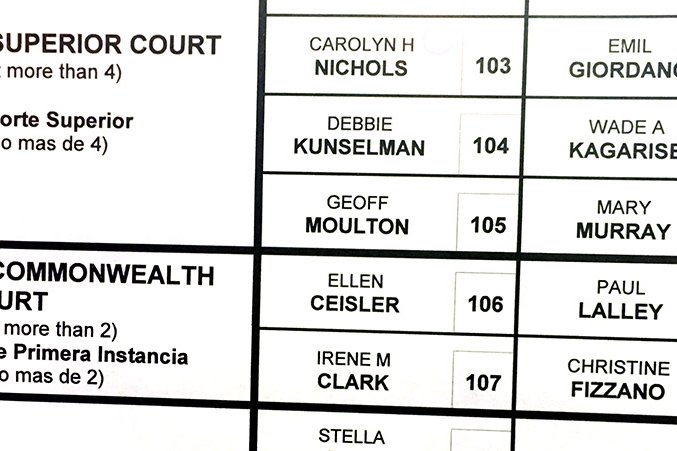 The ballot at a polling place in the 21st Ward, 14th Division in Roxborough had a partial name for state judicial candidate Christine Fizzano Cannon. The Cannon was missing.

The name of a Delaware County judge seeking one of two seats on Pennsylvania's Commonwealth Court appeared incorrectly on as many as half of voting machines in Philadelphia on Tuesday, her campaign said.

The Philadelphia City Commissioners posted notices at entrances of polling places and on its website telling voters that "Christine Fizzano" is actually Christine Fizzano Cannon.

Her campaign still took the issue to court on Election Day, claiming the commissioners had denied the campaign's request to send out a press release on the error.

The Philadelphia Court of Common Pleas sided with the campaign, directing the commissioners to impound all Philly voting machines following the election and to issue a press release on the matter.

Lawrence Tabas, a lawyer for the campaign, told The Philadelphia Inquirer that the omission was a significant one because Fizzano Cannon used her full name in campaign ads.

"She went on TV, mail, the internet," Tabas told the newspaper. "You broadcast your name as Christine Fizzano Cannon and somebody going into the polling place not seeing the Cannon might think that’s not the candidate."

City Commissioner Al Schmidt told The Inquirer that the name was shortened by the older one of the city's two large ballot printers, or plotters. 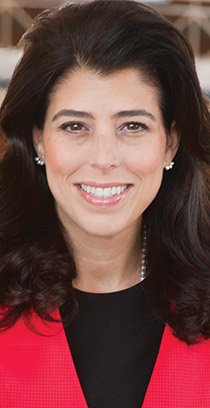 "A whole bunch of issues pop up on Election Day. This is one that I haven’t seen before,” Schmidt said, adding that the possibility of human error or somebody purposely manipulating the ballot is "implausible."

"Out of the three female Commonwealth Court candidates, the only name they have wrong is the Republican," he said. "The issue is magnified by the fact that many voters are likely to associate Judge Fizzano Cannon’s candidacy and message with the word Cannon, particularly since the campaign has heavily branded a cannon logo throughout the campaign.”

The polls closed at 8 p.m., but the state's website had not yet reported preliminary results from the race as of early Tuesday night.