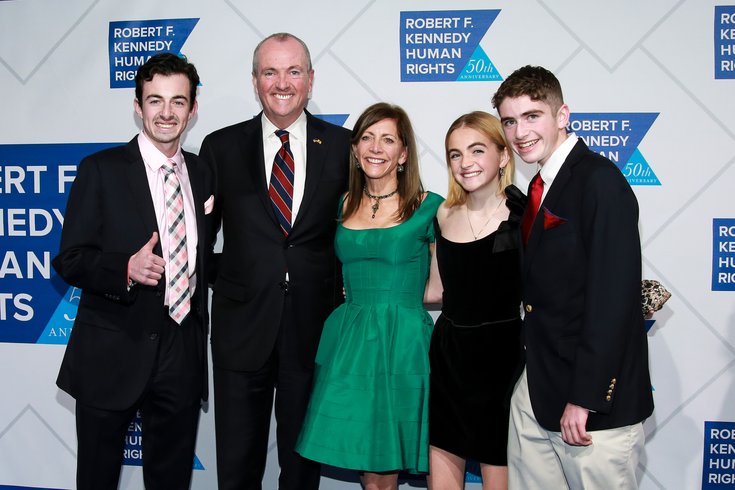 New Jersey Gov. Phil Murphy revealed via Twitter on Saturday evening that he will undergo a procedure next month to remove a possibly cancerous tumor from his left kidney.

New Jersey Gov. Phil Murphy revealed on Twitter on Saturday evening that he will undergo surgery early next month to remove a tumor from his kidney.

“Friends – I’ve got a tumor on my left kidney and will undergo a partial nephrectomy in early March to remove it,” Murphy wrote. “The prognosis is very good and I’m profoundly grateful to my doctors for detecting the tumor early.”

“Over 50,000 New Jerseyans will hear the words “you have cancer” this year, so I’m far from alone here,” Murphy continued. “It’s a situation that far too many families find themselves in. That’s why we’re fighting for them each and every day.”

Murphy told NJ Advance Media that there is a 90 percent chance that the tumor is cancerous and that his doctors have “complete confidence” in being able to remove the three-centimeter tumor in his left kidney. The 62-year-old Murphy also doesn’t expect to undergo chemotherapy or radiation treatment.

The procedure is called a partial nephrectomy, which involves removing part of the kidney and freezing the organ to remove the tumor over the course of several hours. After the surgery is when doctors will be able to determine whether the tumor is malignant or benign, Murphy said to NJ Advance Media.

The first-term Democratic governor, who entered office in 2018 and will be up for re-election next year, used his announcement as an opportunity to reiterate the importance of affordable health care for all individuals.

“Health care is a right, not a privilege for a select few, and skyrocketing medical costs are a national emergency,” Murphy wrote. “If there’s anything my diagnosis reminds me of, it’s that preventative services are lifesaving and we need to continue fighting for affordable health care for all.”

Murphy told NJ Advance Media will have his surgery at an undisclosed hospital in New York City and will remain there for a few days before returning home to Middletown, NJ for a few weeks to recover.

Lt. Gov. Sheila Oliver will step in as acting governor while Murphy is away.

First Lady Tammy Murphy also took to Twitter to post a supportive message for her husband after revealing the news of his kidney tumor.

“I know Phil and he’s a fighter,” Murphy’s wife wrote. “We’re grateful to his amazing team of doctors who detected this tumor early. Let’s keep fighting to make high-quality health care accessible and affordable for all!”

Murphy told NJ Advance Media that his doctors are “optimistic” that the tumor will not return in the future. After the procedure, Murphy will undergo two more CAT scans over the next year before another one in five years to check on his progress.

Murphy’s revelation comes just days before he is scheduled to deliver his third state budget address on Tuesday. He is still expected to deliver his budget proposal, which Murphy told NJ Advance Media will include a significant amount on making health care more affordable in the Garden State.