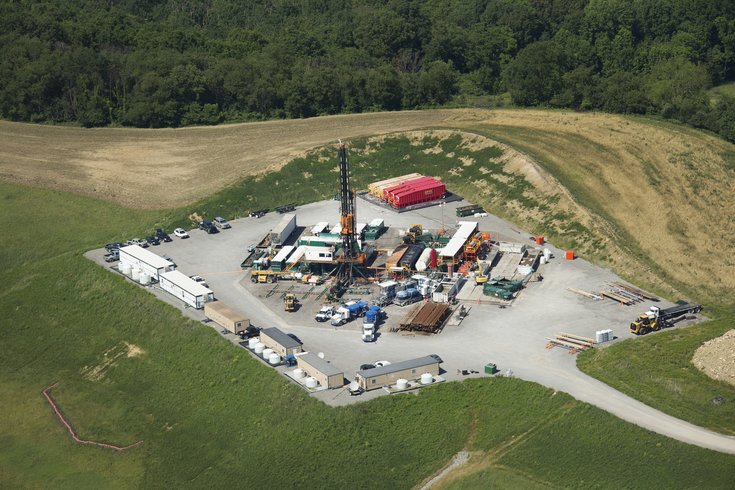 The PennEast Pipeline and the Northeast Supply Enhancement Project are in pre-construction phases. Both would pass through Pennsylvania and New Jersey. The photo above shows a natural gas fracking rig in Butler County, Pennsylvania.

Plans for two natural gas pipelines that would run through Pennsylvania and New Jersey face hurdles from regulators and courts, as leaders in Washington, D.C. prepared to debate the future legality of fracking.

The PennEast Pipeline and the Northeast Supply Enhancement Project are in pre-construction phases. Both projects had been slowed until recently in part due to environmental concerns about natural gas and the future of using the climate-change causing fossil fuel that would be transported in the pipelines.

It was announced Thursday that the U.S. Federal Energy Regulatory Commission granted PennEast pipeline an extra two years to complete construction of the project, CentralNewJersey said. In 2018, PennEast was given two years to build but then suffered set-backs.

Also Thursday, the Associated Press reported the Northeast Supply Enhancement Project had been brought back before New Jersey regulators, after four failed attempts to get approval. The project seeks to add to the existing Transco pipeline.

While fracking is already banned in New York, it isn't in Pennsylvania, where fracking occurs at the highest rate of any state other than Texas. That is why discussion of the gas drilling process has blown up in light of a proposed federal fracking ban, which was introduced as a bill by Sen. Bernie Sanders on Jan. 30.

The ban on fracking was discussed during Wednesday's Democratic presidential debate, where Sanders' upheld his bill and rival candidate Sen. Elizabeth Warren expressed support, as she has in the past.

Sanders and Warren take issue with fracking, formally known as "hydraulic fracturing." The process accelerates natural gas production by providing a speedier method of extracting gas. Since 2015 – the first year natural gas provided more energy than coal  –  construction of pipelines has skyrocketed across the country.

The combustion of natural gas, like the burning of all fossil fuels, produces greenhouse gases, which is a cause of climate change.

The new pipelines carry natural gas that would provide electricity to millions of homes in New Jersey, Pennsylvania, and New York, and also create jobs for those working on them.

However, both the PennEast pipeline and the extension of the Transco pipeline also are participating in a process that powers climate change.

Pushback on both projects, despite their recent progress, is expected in the state of New Jersey, where it has happened in the past.

The Northeast Supply Enhancement Project has presented itself at least four times to New Jersey regulators, and once been denied. Twice it has taken back its application.

PennEast says they will next take their case to the Supreme Court, as the federal government is favoring them more than the state. The ruling from the FERC is not enough to take the state-owned land, since a state court ruling denied a request to hear PennEast's case in November.