Cecil B. Moore mural restored after being vandalized with spray-painted racial slur 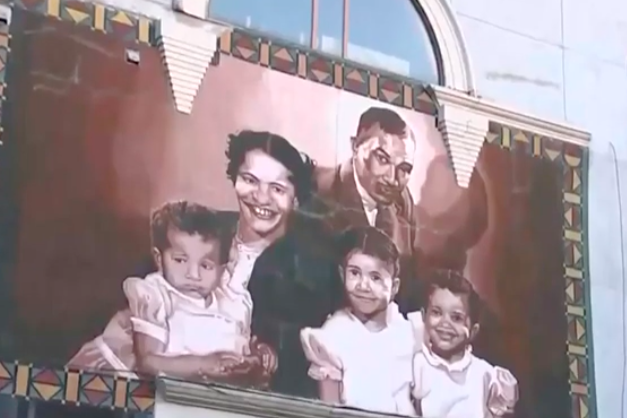 The mural honoring Philadelphia civil rights activist Cecil B. Moore that was found to have been vandalized with a spray-painted racial slur on Saturday morning has been repaired and restored just days later.

The mural honoring Philadelphia civil rights activist Cecil B. Moore that was found to have been vandalized with a spray-painted racial slur on Saturday morning has been repaired and restored just days later.

Mural Arts Philadelphia fixed the mural, which is located on the 1400 block of North Bouvier St. and West Jefferson St. in North Philadelphia, within 24 hours of the incident being discovered and reported.

The mural, which is painted on a building where Moore once lived, was discovered by neighbors to have the F-word and N-word spray-painted on it early Saturday.

Moore, who was born in 1915, served in World War II as a Marine before moving to Philadelphia and attending Temple University. While a resident of the City of Brotherly Love, Moore was a civil rights defense attorney, the president of the local NAACP chapter, and a City Councilmember.

Philadelphia police are currently investigating the situation, but no arrests have been made yet. Another mural honoring Moore is currently in the works and will begin this fall in North Philadelphia.