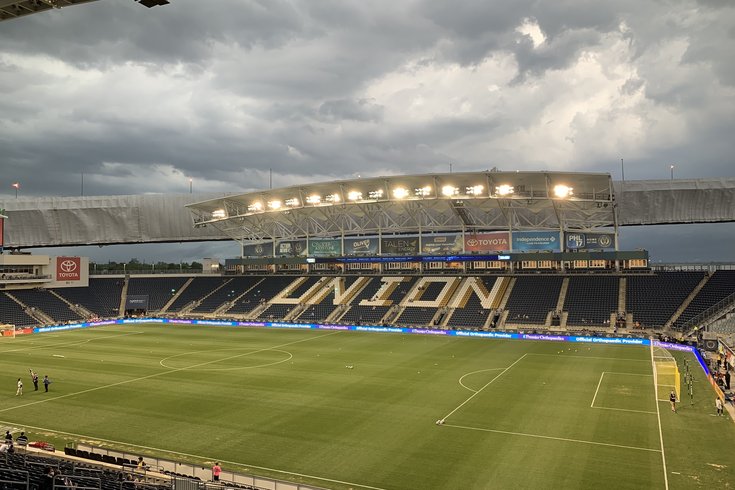 The Philadelphia Union's stadium will now be known as Subaru Park after going by Talen Energy Stadium since 2016. From 2010-2015, it was called PPL Park.

The Philadelphia Union announced on Tuesday that its stadium in Chester will be now be known as Subaru Park after the soccer club and automaker agreed to a multi-year stadium naming rights partnership.

The partnership makes Subaru of America—which is headquartered in Camden—the official automotive partner of the Union. It’s the automaker’s first-ever agreement of this kind with a professional sports team nationally or internationally.

Another aspect of the partnership will be the development of charitable programs in the Greater Philadelphia area that will benefit initiatives connected to environmental sustainability, youth soccer, pediatric cancer, and pet adoption.

"Today is the start of a historic new chapter for the Philadelphia Union, both with the inauguration of our 2020 season at Subaru Park and in the official beginning of our relationship with Subaru of America, a partner that shares in our vision for a better future for our fans and surrounding community,” Philadelphia Union President Tim McDermott said in a statement. “Subaru of America has consistently exemplified a passionate commitment to the community and bringing people together, which is a core value upon which our club was founded. We are committed to working hand-in-hand to give back and create a better world for our fans and the people of the Greater Philadelphia area.”

The stadium, which seats over 18,000 fans for Union matches, will undergo several upgrades as well, including a new videoboard, new parking lots, and a new VIP seating club.

"When organizations unite for the greater good, everyone wins, which is why we at Subaru of America are excited to come together with our local professional soccer team, the Philadelphia Union, under a shared goal to do good and strive for the betterment of our local communities,” Subaru of America President and CEO Thomas J. Doll said. “This partnership extends the reach of our commitments to improve the lives of people in our community. Subaru of America, along with our retailers and the Philadelphia Union, will develop community programs that will directly tie to our Subaru Love Promise initiatives."

Subaru Park, which is located along the Delaware River next to the Commodore Barry Bridge, opened in 2010 under the name PPL Park. Since 2016, the complex had been known as Talen Energy Stadium.

The 2020 Major League Soccer (MLS) season begins next weekend for the Union, with their home opener scheduled for March 14 against the San Jose Earthquakes.