Thousands of scouts claim they were harmed by their scoutmasters 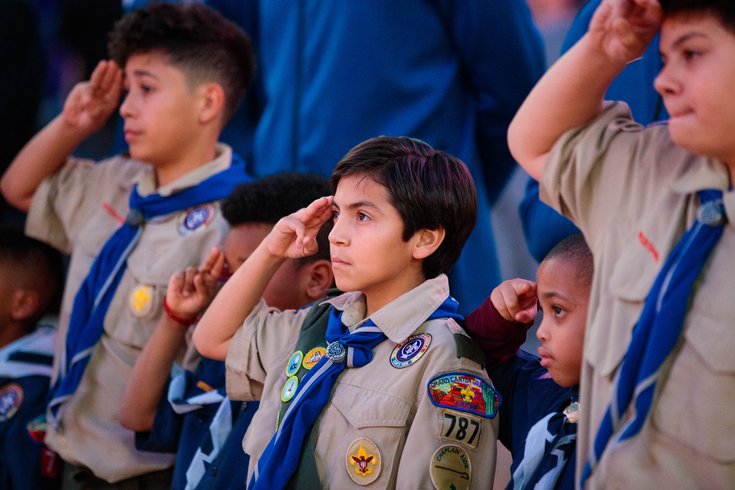 The Boy Scouts of America filed for bankruptcy protection Tuesday in hopes of creating a compensation trust to benefit abuse victims. Thousands of former scouts have sued the 110-year-old organization, alleging they were sexually abused by their leaders.

The Boy Scouts of America filed for bankruptcy protection Tuesday in hopes of creating a compensation trust for thousands of men allegedly molested when they were Boy Scouts.

The 110-year-old-organization, which filed in Wilmington, Delaware, is facing hundreds of sexual abuse lawsuits, which will be placed on hold as the Chapter 11 process begins. Most of the alleged victims were abused decades ago, the Associated Press reported.

Filing for bankruptcy allows the Scouts to form to a compensation plan while pausing the lawsuits. Their property holdings, which include hiking trails and campgrounds, make up about 70 percent of their assets.

Only the national organization has filed for Chapter 11. The myriad local councils that provide programming are financially independent.

In a statement, BSA Chief Executive Officer Roger Mosby said that the organization believes bankruptcy protection will provide "equitable compensation to all victims." He also acknowledged that "nothing can undo the tragic abuse that victims suffered."

"The BSA cares deeply about all victims of abuse and sincerely apologizes to anyone who was harmed during their time in Scouting," Mosby said. "We are outraged that there have been times when individuals took advantage of our programs to harm innocent children."

Most of the lawsuits involve former scouts who claim they were abused by their scoutmasters in the 1960s, 1970s and 1980s. Many alleged victims are only now suing the Irving, Texas-based organization because some states have relaxed their statute-of-limitation laws.

Court testimony revealed that more than 7,800 former leaders were allegedly involved the abuse of more than 12,000 children, CNN reported that last fall. Scout officials also kept a so-called "perversion file" that recorded instances of abuse as far back as 1935.

Declining membership also has strained the Boy Scouts' finances. Membership peaked at more than 4 million scouts in the 1970s, but it is now below 2 million.

The Boy Scouts lost about 400,000 members in 2018, when the Mormon Church cut ties following BSA's decision to include girls in scouting.

At the time, The Church of Jesus Christ and the Latter Day Saints said its own influence had grown to a global scale, whereas the Boy Scouts were U.S.-focused. But the announcement came only one week after the Boy Scouts officially dropped the word "Boy" from the organization's flagship program, amending it to "Scouts BSA."

The name change was intended to increase membership following criticisms of the group's previous exclusion of female-identifying and gay members. Gay Scoutmasters were banned until 2015.