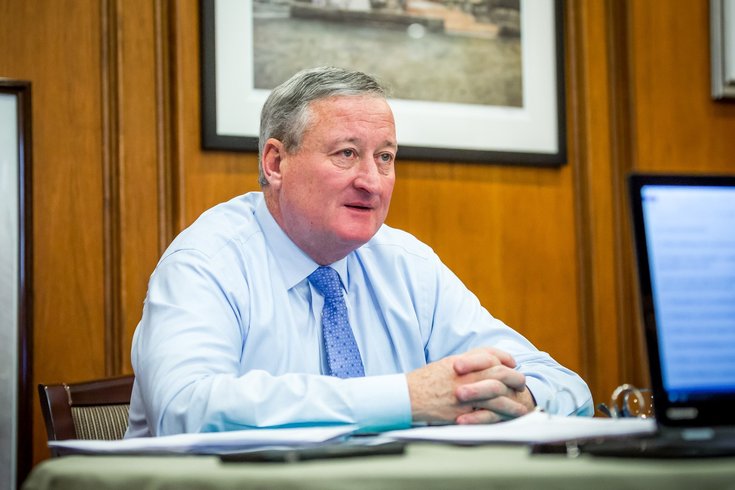 “I think Dr. Hite’s done a tremendous job,” Mayor Kenney said this week to reporters. “I'm glad he's stayed around as long as he has.”

Kenney continued, saying he wishes that Hite “would stay around longer.” Hite’s contract runs through August 2022.

Kenney’s approval of Hite’s performance came after the School District touted a fourth straight year of improvement of the city’s schools in its annual report card this week.

District and charter schools saw a two percent bump – from 42 percent in 2017-18 to 44 percent in 2018-19 – in its latest overall School Progress Report scores. The School District’s overall score was only 33 percent in 2014-15 when the annual report card was created.

"We are so proud to honor our schools across the city that keep improving, year after year," Superintendent Dr. William Hite said on Monday. "After years of investments, we are seeing increases, particularly in climate and progress. We are excited to recognize the hard work of our students, teachers, principals, support staff, families and partners who are in our schools each day. While there is still much more work to do, today we pause to acknowledge our successes and the fact that our schools are moving in the right direction."

However, the School District is in the midst of trying to handle the contamination of asbestos in some of the city’s oldest school buildings. Nine Philadelphia schools have been impacted by asbestos contamination this year. Most recently, Clara Barton Elementary in Feltonville and James J. Sullivan Elementary in Wissinoming closed this past Thursday after damaged asbestos insulation was discovered in both during building inspections.

But Kenney is calling for patience as the city and School District seek to identify and eliminate the remaining asbestos in its schools.

"We're getting our arms around it and we're getting it resolved,” Kenney said. “I mean, it's not an easy issue and you can't snap your fingers and make it go away."