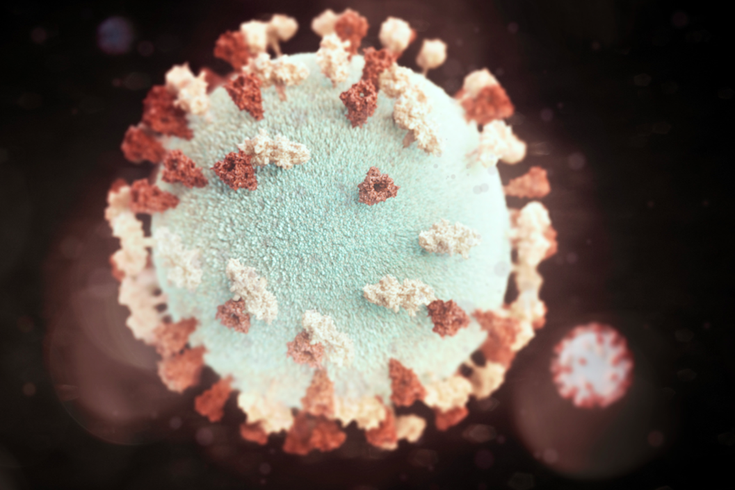 A student at William Penn High School in New Castle, Delaware, has been diagnosed with mumps, the Colonial School District said. The virus, shown above, causes the swelling of the salivary glands in the mouth.

The last day the school's 2,200 students may have been exposed was Jan. 28. But if any other students became infected, they only may be developing symptoms now. The incubation period for the virus is 12 to 25 days, though symptoms typically appear 16-18 days after exposure.

As a precaution, district officials have contacted 16 families of students considered at high-risk for infection due to their immunization status.

The Delaware Department of Health advised any students or family members with symptoms to stay at home.

Mumps often causes swelling of the salivary glands located inside of the cheeks, floor of the mouth and under the tongue. The swelling can cause difficulty swallowing and facial pain. Other symptoms include fever, headaches, body aches and loss of appetite.

Health officials recommend two doses of the Measles, Mumps and Rubella (MMR) vaccine to protect against the virus. The first doses often is administered after infants turn one year old. A second dose occurs between ages 4 and 6. A third dose sometimes is recommended in outbreak situations, according to the U.S. Centers for Disease Control and Prevention.

In September, Moravian College in Bethlehem reported another mumps outbreak in which five students were diagnosed with the virus.