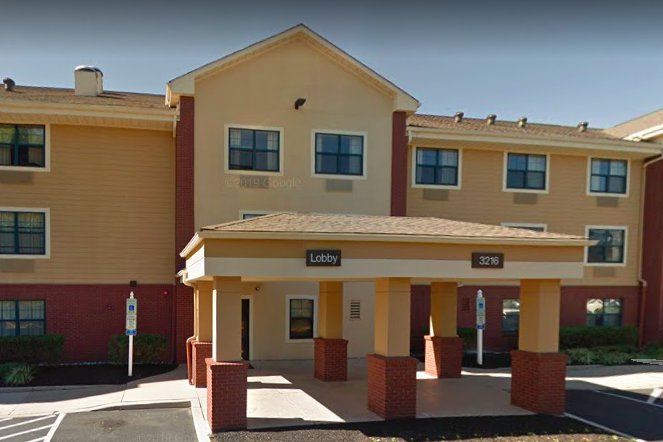 Two people were injured during an explosion at the Extended Stay America hotel in Bensalem on Sunday afternoon. The incident is being investigated by Bensalem officials and the Bureau of Alcohol, Tobacco, Firearms and Explosives.

Two people were injured during an explosion Sunday afternoon at the Extended Stay America hotel, located near Parx Casino and Racetrack in Bensalem, officials said.

The explosion occurred in a hotel room, according to Bensalem Fire Rescue responders. The two occupants suffered minor injuries and were taken to a local hospital for treatment.

The hotel temporarily closed following the explosion, but it reopened Sunday night. Two rooms on the second floor remain closed.

It’s unclear what caused the explosion, which is being investigated by the Fire Rescue team, Bensalem police and the Bureau of Alcohol, Tobacco, Firearms and Explosives.

The hotel, at 3216 Tillman Drive, also is near the Bucks County Visitor Center.

This is a developing story and will be updated when more information becomes available.